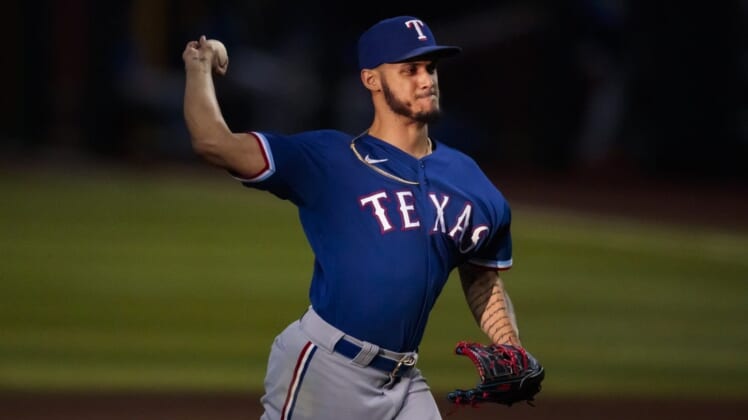 Hernandez, 26, is now set to make his first appearance since undergoing Tommy John surgery on April 12, 2021. Hernandez’s last action came in 2020, when he compiled a 5-1 record and a 2.90 ERA over 27 relief appearances.

During his rehab stint with Triple-A Round Rock this season, Hernandez appeared in 15 games, compiling a 4.05 ERA with 16 strikeouts over 13 1/3 innings. He also pitched 1 2/3 scoreless innings in an outing at Double-A Frisco.

Hernandez takes the roster space of right-hander A.J. Alexy, who was optioned to Triple-A. The Rangers also designated outfielder Zach Reks for assignment.

Alexy, 24, was rocked in his one big league appearance on July 15, surrendering three runs on three hits in two innings of work against the Seattle Mariners.