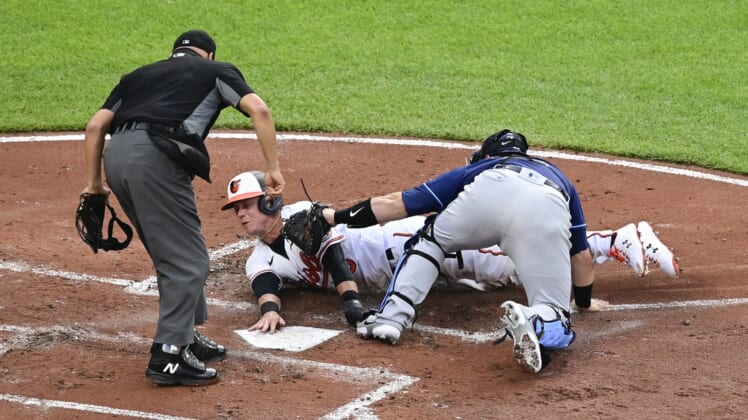 Randy Arozarena homered twice and finished with four RBIs, and Ji-Man Choi got the tie-breaking single in the eighth as the visiting Tampa Bay Rays rallied from an early five-run deficit to defeat the Baltimore Orioles 9-7 Wednesday night.

Arozarena went 3-for-5 while Choi entered late as a pinch-hitter and finished 2-for-2 with two RBIs as the Rays won their sixth straight.

The Orioles now have lost nine of their last 11 games.

Baltimore starter John Means gave up four runs in 6 1/3 innings, the most he’s allowed in a game this season. He started fast, getting through the first two innings on just 13 pitches — 12 of which were strikes — but faded a bit later, though he did not factor in the decision. 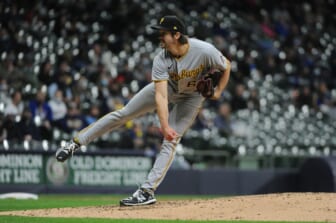 Ryan Yarbrough gave up five runs in the first two innings for the Rays but settled down and made it through six innings, allowing just one more run — though three of his six runs allowed were unearned. Ryan Thompson (3-2) got the win in relief, and Pete Fairbanks earned his first save despite allowing a run in the ninth.

Trey Mancini had a big night for Baltimore, going 4-for-5 with a double, two homers and five RBIs.

Mancini helped the Orioles to an early 5-0 lead. He hit a solo homer off Yarbrough in the first, and after Freddy Galvis did the same in the second, Mancini belted a three-run double later that inning.

The Tampa Bay offense began its comeback in the fifth. Mike Brosseau (two-run) and Arozarena (solo) hit back-to-back homers that sliced the lead to 5-3.

But Mancini answered again for the Orioles in the bottom of that frame with another solo shot.

Tampa Bay tied the game with a three-run rally in the top of the seventh. Pinch-hitter Choi greeted reliever Adam Plutko with an RBI single to center that made it 6-4. Then, Arozarena followed with his second homer, a two-run game-tying blast.

Choi and Arozarena came through again in a three-run eighth. First, Choi got the tie-breaking RBI single, and Paul Fry (0-1) threw a wild pitch that made it 8-6 before Arozarena doubled in Choi.