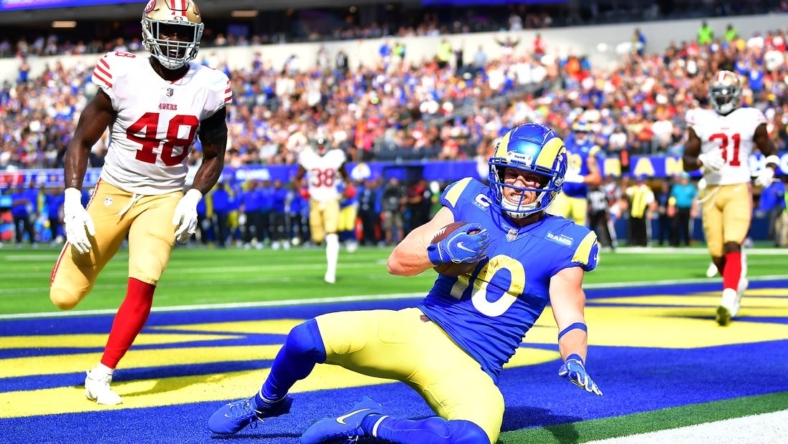 Rams wide receiver Cooper Kupp doesn’t expect the ankle injury he sustained Sunday to be anything serious, and said he was feeling good following Los Angeles’ 31-14 loss to the San Francisco 49ers.

Kupp exited the game with 1:02 left in the fourth quarter after catching a 6-yard pass. 49ers linebacker Fred Warner made the tackle, and Kupp’s foot got rolled up on the play.

The Athletic reported that Kupp will have further testing done in the coming days to determine the severity of the injury.

Kupp had eight catches for 79 yards and a touchdown on Sunday. In seven games this season, Kupp has made 64 receptions for 686 yards and five touchdowns.