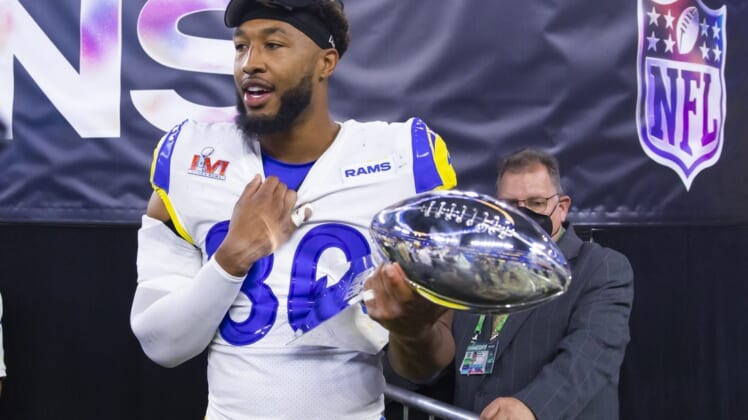 The Los Angeles Rams waived tight end Kendall Blanton along with four other players on Saturday.

The Rams also parted ways with running backs Raymond Calais and A.J. Rose as well as defensive back Jairon McVea. Wide receiver J.J. Koski was waived with an injury designation by the team, which had until Tuesday afternoon to trim its roster to 80 players.

Blanton, 26, had just four catches for 37 yards in 11 games (two starts) last season, however he added seven receptions for 75 yards and a touchdown in the playoffs. He had five catches for 57 yards in Los Angeles’ 20-17 win over the San Francisco 49ers in the NFC Championship game on Jan. 30 and played 43 percent of the offensive snaps in Super Bowl LVI versus the Cincinnati Bengals.

Blanton was competing with Brycen Hopkins for the primary backup role behind Tyler Higbee.