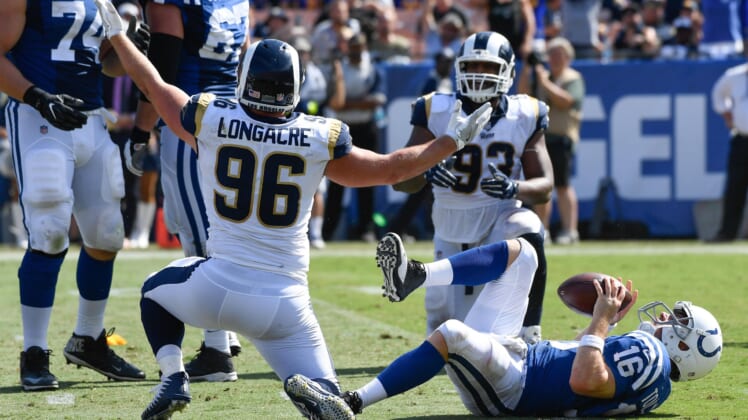 The Los Angeles Rams took the Indianapolis Colts behind the woodshed Sunday, winning by the blowout score of 46-9. They also set a record in the process. As pointed out by ESPN’s Adam Schefter, Los Angeles became the first team in NFL history to record two pick-sixes and a safety in a season opener.

We should have seen a blowout coming when Scott Tolzien threw a pick-six on the Colts’ first offensive possession of the game. It was an awful throw to the left sideline that had no chance of reaching his intended target, and Trumaine Johnson was there to claim the spoils (watch here).

The Rams won’t get another easy win like this all year, simply because the Colts are in a league of their own at being awful.

Though, it’s safe to say the arrival of Wade Phillips as the defensive coordinator, and the shift to a 3-4 alignment, is working out well so far.

Just wait until the Rams get Aaron Donald back onto the field. It could happen potentially as early as Week 2 if he can prove he’s ready after the All-Pro defensive lineman showed up for work on Saturday following a lengthy holdout.