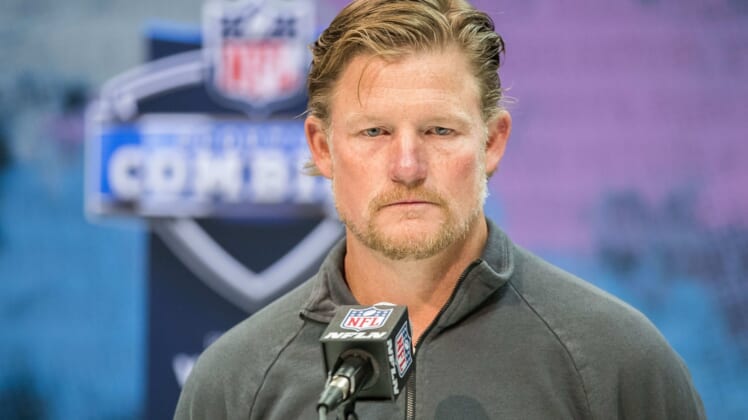 Los Angeles Rams general manager Les Snead will contribute to the team’s draft plans from his garage on Friday after testing positive for COVID-19, he said.

In a news conference held late Thursday, Snead said he returned a positive test earlier in the day.

He and head coach Sean McVay both were determined to be close contacts of someone who had tested positive, but McVay tested negative.

Snead, 50, said he had his first COVID-19 vaccination and was awaiting the second. He said he was experiencing mild symptoms.

While Snead is holed up in his garage, the rest of the Rams entourage will be working out of a beach house in Malibu, Calif.

The Rams didn’t have a draft pick in Thursday’s first round after sending it to Jacksonville as part of the trade for cornerback Jalen Ramsey in October 2019. The Rams are slated to make their first selection in the No. 57 overall slot on Friday night.

The Rams also traded their first-round picks in 2022 and 2023, as well as a 2021 third-round pick (No. 101 overall), to the Detroit Lions as part of the trade for quarterback Matthew Stafford in January.