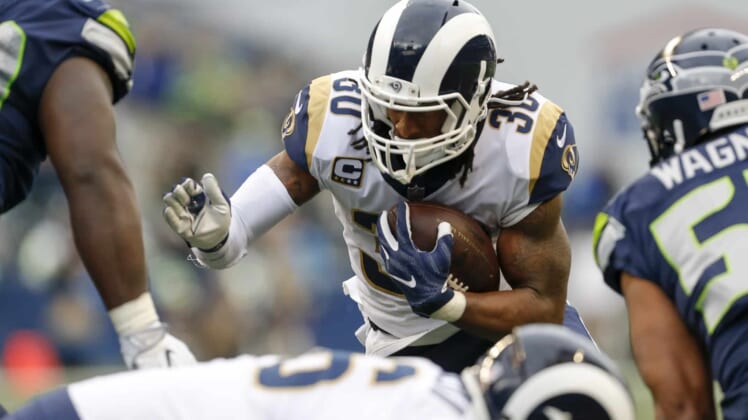 The Los Angeles Rams would love nothing more than to defeat the division-rival Arizona Cardinals in Week 16 and wrap up a first-round playoff bye. The issue at hand is an injury to running back Todd Gurley that impacted him last week against Philadelphia Eagles.

Gurley pulled up lame with a knee injury. While MRI results showed there was no structural damage, it is worrisome news for the struggling team.

Previous reports noted that Gurley was on track to play Sunday against the Cardinals. Rams head coach Sean McVay all but confirmed those suspicions on Wednesday.

That’s the good news. Unfortunately for the Rams and Gurley, they have no real way of resting him as the season draws to a conclusion. Just one game ahead of Chicago for the No. 2 seed, Los Angeles would need a win over Arizona and a Bears victory against the pesky 49ers to wrap up that spot before Week 17.

The Rams added veteran free agent C.J. Anderson earlier in the week. McVay noted on Wednesday that he should see action this week. That could be an indication that Gurley will be on a pitch count. We’ll find out soon enough.