Rams’ Brandin Cooks to see concussion specialists, out for this week 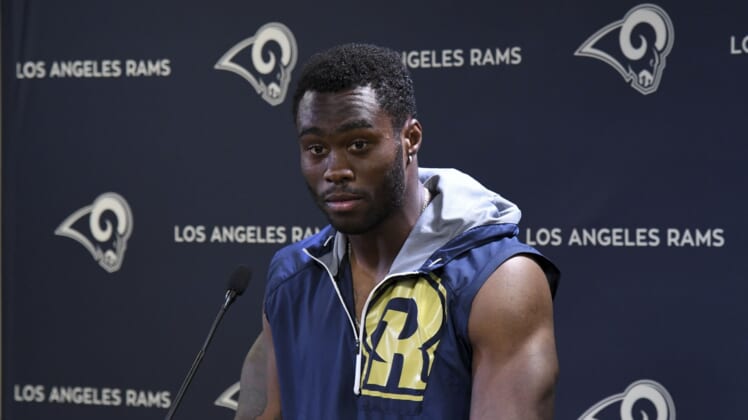 Now coming off their bye, the Rams are gong to be without their No. 1 pass catcher for this week’s game against the Pittsburgh Steelers.

According to Omar Ruiz of NFL Media, Cooks is out for Week 10 and will consult with concussions specialists. There doesn’t seem to be a timeline for his return.

This is not only scary news for Cooks, it could loom large for the Rams moving forward. He’s tallied 27 receptions for 402 yards this season after putting up four consecutive 1,000-yard campaigns.

At 5-3 on the season, Los Angeles is three games behind the San Francisco 49ers in the NFC West and has already lost in blowout fashion against their division rivals.

Following this week’s game against Pittsburgh, the Rams take on difficult defenses in that of the Bears and Ravens.