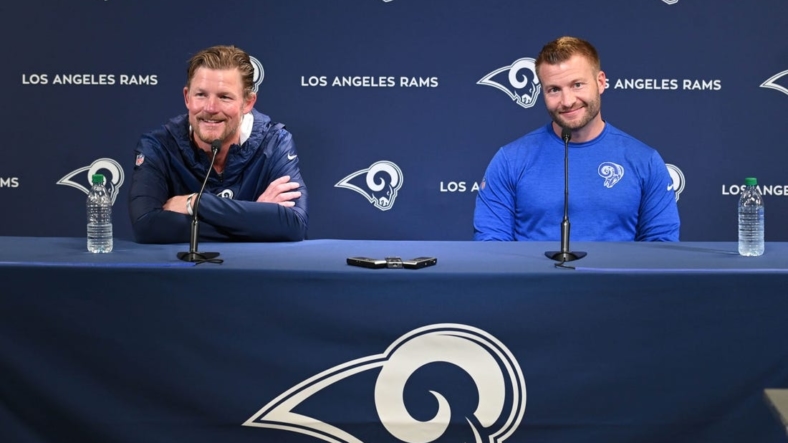 The extensions keep the pair with the club through the 2026 season.

The announcement comes hours before the Rams open defense of their Super Bowl championship against the visiting Buffalo Bills on Thursday night.

Financial terms were not released by the club, but both McVay and Snead are reportedly among the highest-paid in their respective roles in the NFL.

McVay said last month that he had signed his extension, but the club was waiting to announce until both deals were done.

McVay, 36, is 55-26 in five seasons as Rams head coach and is coming off a Super Bowl title in February.