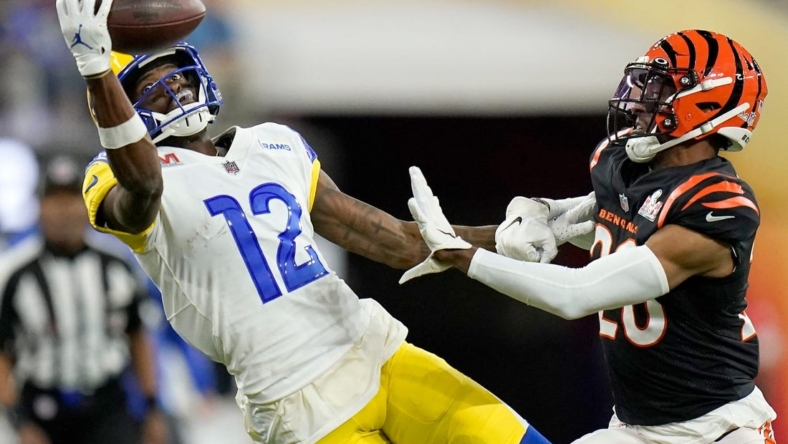 The team also activated tackle Chandler Brewer and running back Ronnie Rivers from the practice squad ahead of Sunday’s Week 8 contest against the visiting San Francisco 49ers.

The Rams designated Jefferson and Hill to return to practice on Monday.

Jefferson has yet to play this season after two offseason knee operations. His most recent surgery came on Aug. 2 after tweaking his knee injury during training camp.

Jefferson, 26, appeared in all 33 games during his first two NFL seasons, including 17 starts in 2021, and caught 69 passes for 1,022 yards and seven touchdowns. He added four catches for 23 yards in the team’s 23-20 victory over the Cincinnati Bengals in February’s Super Bowl.

Hill, 31, started the first two games this season before he was slowed by a groin injury, registering an interception and nine tackles. He is in his second tour with the Rams after playing with Cleveland in 2021. He has eight career picks in 87 games (45 starts).

Los Angeles running back Cam Akers is inactive for the second consecutive game because of personal reasons.