Rajon Rondo prepared to become a mentor to Lonzo Ball 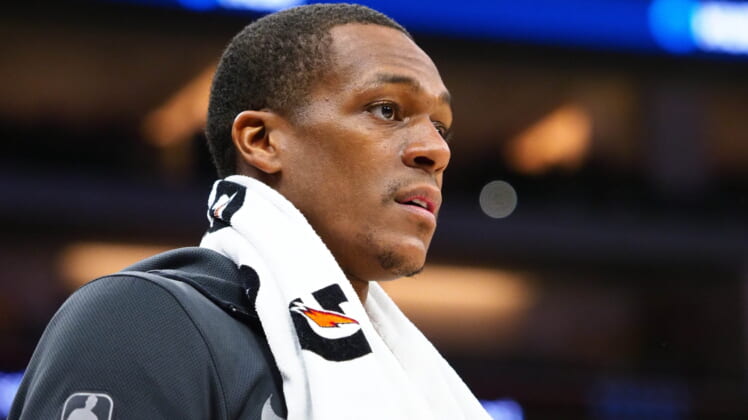 Since signing the great LeBron James in free agency last month, the Los Angeles Lakers have added a whole bunch of odd pieces to team up with the three-time NBA champion.

The signing of controversial point guard Rajon Rondo was among the most surprising moves. Given Rondo’s history and reputation, one has to wonder whether he’ll be a good influence on young point guard Lonzo Ball.

Following a tremendous season with the New Orleans Pelicans, the now 32-year-old Rondo is apparently saying all the right things. That includes the idea that he’s ready to take on a mentor relationship with Ball.

“I’m ready to help develop Lonzo as much as possible. If I’m not starting and he’s starting, he’s going to be ready to go and ready for anybody that comes his way,” Rondo told TMZ Sports. “And we’ll be ready to roll. My main objective is to win.”

The jokers in us wonder aloud just how this mentor-pupil relationship might work. Then again, Rondo has seemingly matured over the past couple years. During his only season with the Pelicans, there were no off-court issues or rifts with the coaching staff. That’s certainly a good sign.

From a basketball perspective, it’s not a bad thing that Los Angeles has Rondo to push Ball into improving from what was an up-and-down rookie season.