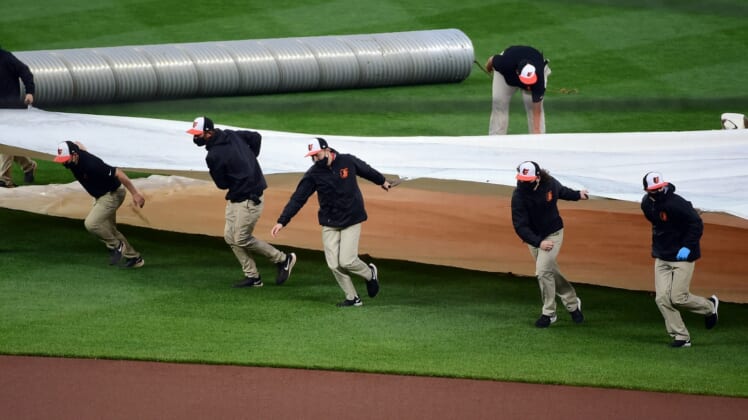 Apr 12, 2021; Baltimore, Maryland, USA; Members of the grounds crew put the tarp on the field prior to a game between the Seattle Mariners and Baltimore Orioles at Oriole Park at Camden Yards. Mandatory Credit: Evan Habeeb-USA TODAY Sports

Rain forced the postponement of the scheduled Monday game between the Seattle Mariners and the host Baltimore Orioles.

The teams instead will meet Tuesday for a traditional doubleheader scheduled to begin at 4:05 p.m. ET. The regularly scheduled game will follow approximately 45 minutes after the conclusion of the first game, with both matchups slated for seven innings.

The four-game series is due to include contests Wednesday night and Thursday afternoon.

The Mariners had not been rained out in Baltimore since April 26, 2004, according to the team.