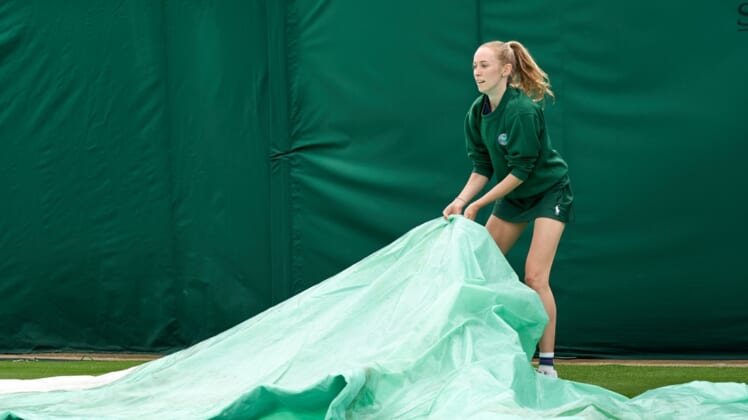 After a one-year absence, Wimbledon returned on Monday but a large swath of matches had to be postponed due to rain.

The Grand Slam event wasn’t held last season due to the coronavirus pandemic. It’s being held this year with limited spectators and requires proof of vaccination or a negative test to attend.

Play began Monday after a two-hour delay on Centre Court and court one, the only venues equipped with retractable roofs. The outside courts and court two were opened for play later, but without enough time to fit in all of the opening day matches.

Among those affected were five-time champ Venus Williams, who will face Mihaela Buzarnescu, and men’s No. 10 seed Denis Shapovalov, who is scheduled to meet Philipp Kohlschreiber.