Rain halts racing in Dover, race to be finished Monday 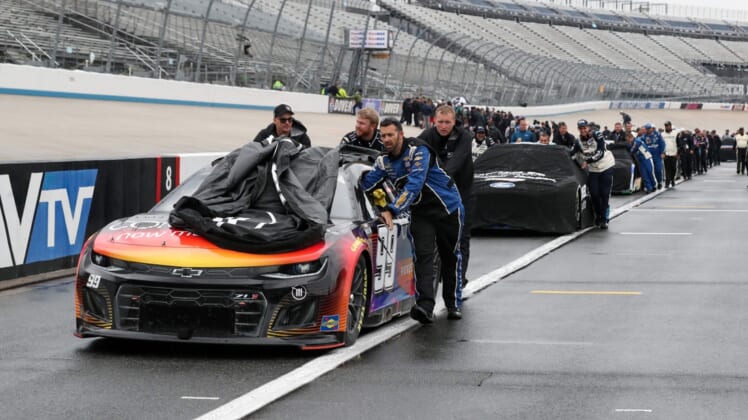 NASCAR sent the cars to pit road and the state-of-the-art Air Titan dryers worked to get the surface of Dover’s one-mile high-banks ready to race again. But the wet weather did not offer a window to complete the race before dark.

Joe Gibbs Racing driver Denny Hamlin took the lead from polesitter Chris Buescher on Lap 19 and led the next 55 laps before electing to pit under the current caution period.

Larson inherited the lead as Hamlin and several other cars pit and held the top position as cars were later called down pit road during the red flag period to wait out the weather.

Hendrick Motorsports’ Alex Bowman, who will re-start from the ninth position, is the defending race winner. The Hendrick team scored a 1-2-3-4 finish in the 2021 race — a four-driver team sweep accomplished only four times in series history.