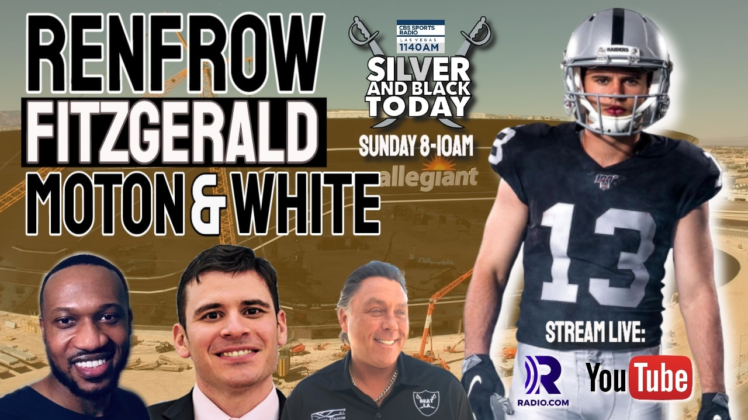 We’re back live in separate locations as we bring you another week of Las Vegas Raiders talk on our CBS Sports Radio 1140 show.

Las Vegas Raiders wide receiver Hunter Renfrow was our guest along with Jason Fitzgerald from OverTheCap.com who tells us about the Raiders cap health.

Senior NFL Columnist at SilverAndBlackToday.com Moe Moton talks about how the team’s free-agent moves change roster plans and why that’s a good thing.

Tommy White from Laborers Local 872 is with us and gives us an Allegiant Stadium update, and friend John Vizcarra from Las Vegas’ best Raiders bar – the Stage Door Casino.

This Week’s Show *NOTE: Due to technical issue, the sound is distorted for first 15 min and then clears. Sorry for the inconvenience: