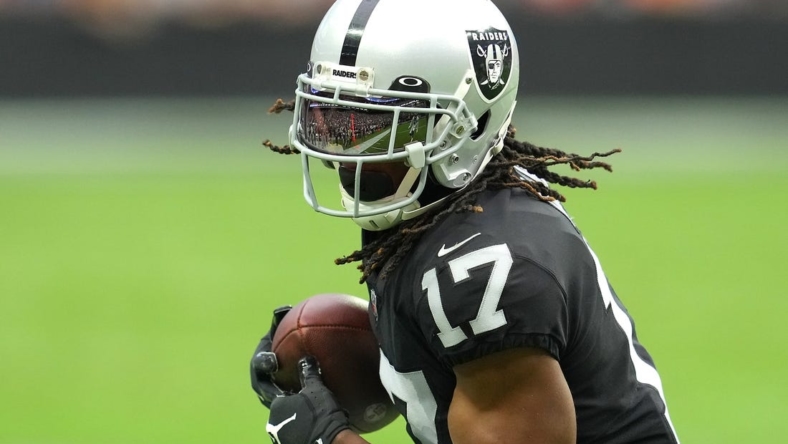 Las Vegas Raiders receiver Davante Adams returned to practice Friday after an illness and was listed as questionable for Sunday’s road game against the New Orleans Saints.

Adams sat out practices on Wednesday and Thursday due to the illness but was listed as a limited participant on Friday.

Adams has caught 37 passes for 509 yards and five touchdowns in six games in his first season with the Raiders. He had 95 yards in last Sunday’s 38-20 win over the Texans to narrowly miss his third straight 100-yard outing.

Quarterback Derek Carr (back) was a full participant for the second straight day and is set to play.