Raiders work out Jermaine Whitehead, who was cut by Browns for threatening Twitter comments 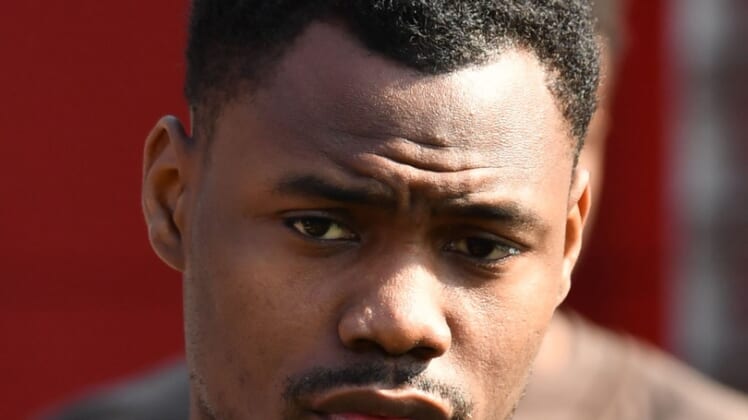 The Oakland Raiders worked out former Cleveland Browns safety Jermaine Whitehead on Monday, despite his recent threatening Twitter comments which led to his release.

ESPN’s Adam Caplan was the first to report on Whitehead’s workout.

Two Sundays ago, after the Browns were beaten by the Denver Broncos, Whitehead went on a social media tirade and threatened many people on Twitter and Instagram. The Browns not surprisingly cut him a week ago today.

Oakland has a recent history of signing players who have a history of troubling off-field incidents, like Richie Incognito. So it isn’t surprising that of all teams, it’s the Raiders bringing Whitehead in for a workout.