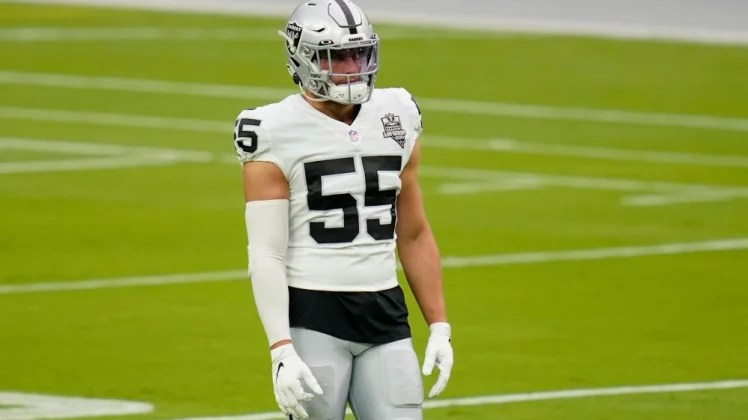 Tanner Muse, often considered a massive reach as a third-round draft pick in 2020, was released by the Las Vegas Raiders on Monday, first reported by NFL Media’s Tom Pelissero.

Muse never got off to a good start due to a toe injury that sidelined him for the 2020 season. While many reports talked about his development during the 2021 training camp and preseason for the Raiders, in the club’s desire to upgrade its linebacking corps, Muse seemed to be the odd-man-out despite recent injuries to linebackers Nicholas Morrow and Javin White. The Raiders also traded for experienced veteran Denzel Perryman and signed Top 100 NFL player K.J. Wright to strengthen the defense at linebacker making Tanner Muse even more expendable.

The release of Tanner Muse doesn’t look great for the Jon Gruden draft of 2020 and now marks the second time the Raiders have traded or waived one of their third-round draft picks from last year’s draft. The team traded Lynn Bowden Jr. to the Miami Dolphins last year before the season kicked off.

Tanner Muse was a very good college player at Clemson playing five seasons for the Tigers. In that time, Muse appeared in 59 games with 39 starts at safety and finished his college career with 192 career tackles (105 solo), four sacks, seven INTs including one returned for a TD, 15 passes defensed, one forced fumble and one fumble recovery returned for a touchdown.

When the Raiders selected Tanner Muse 100th overall in the third round of the 2020 NFL Draft, the vast majority of observers were surprised and felt the pick was a massive reach for Las Vegas.

When asked in 2020 about the pick, Raiders general manager Mike Mayock didn’t mince words about how excited he was to be able to draft Muse.

“Tanner Muse knocked his Zoom meeting out of the park,” Mayock told the media after the draft’s conclusion. “Muse played safety and we questioned him for an hour on linebacker fits and he knew every one. We think he’s one of the smartest and most intuitive players in the draft and we expect him to learn both positions in addition to playing special teams.”

When coach Jon Gruden last spoke about Tanner Muse, and his performance, there was certainly some “read-between-the-lines” with his comments on the linebacker.

“He looked good on special teams Saturday,” Gruden told the media on August 17th. “His speed shows up. His instincts show up on special teams. Defensively, he made a couple plays. We’re not in our base defense a lot, so you don’t see a whole lot of him. But he got a chance to play a couple positions and showed some versatility. He does have a ways to go, but he is improving.”

In a year when there is significant pressure for the Raiders and Gruden to make the playoffs and show off an improved defense under Gus Bradley, the Raiders clearly felt they had better candidates to contribute.