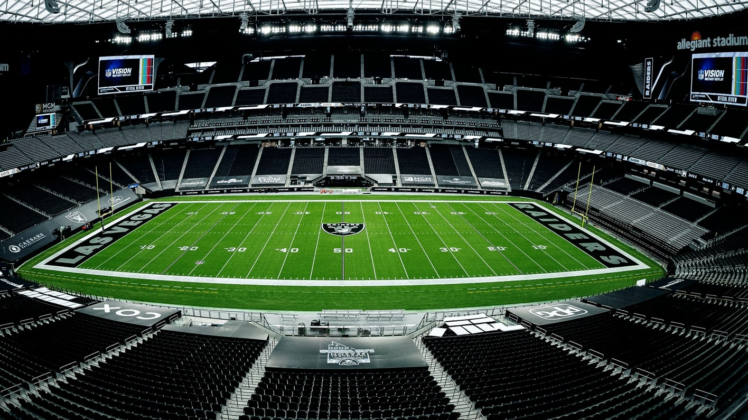 Monday Night Football rolls into Las Vegas for the first time ever and pits a young and rising team against a wily veteran squad as Raiders vs. Saints promises to be a great matchup.

After defeating the Carolina Panthers in a stressful Week One victory, the Raiders now christen their new home of Las Vegas where they will take on the New Orleans Saints (1-0) on a national stage broadcast on Monday Night Football. Raiders vs. Saints promises to be an appealing matchup pitting future Hall of Famer Drew Brees against Derek Carr, Josh Jacobs and an ascending Radiers offensive roster.

The Raiders, who had to come back to win in Week 1 against an inexperienced Panthers squad, will not be able to have any lulls in concentration this week as they face one of the league’s very best teams. The Saints faced the new-look Tampa Bay Buccaneers in Week One and won handily as they spoiled Tom Brady’s Tampa Bay debut.

The Saints will be without star wide receiver Michael Thomas which should make things slightly easier for the Raiders defense, but there are other weapons to stress over.

Alvin Kamara is one of the best running backs in the league and plays a major role in the New Orleans offense. Last week, the Raiders had to gameplan for Christian McCaffrey and Kamara brings similar issues to the table.

He is very dangerous as a receiver and can run strong routes. Last week Kamara scored a touchdown as a pass-catcher as well as a rusher and the Raiders linebackers are going to need to be locked in to shut him down. Cory Littleton and Nick Kwitasoki were brought in this offseason to help in this exact area and the Week 1 results were promising.

They did a solid job of containing McCaffrey and the Panther’s tight ends but Kwitasoki exited the game early with a pectoral injury that is expected to keep him out of this week’s contest. The Raiders will have to adjust better than they did last week as Kwitasoki’s absence was notable in the second half.

Raiders O-Line vs Cameron Jordan and the Saints D-Line

The Raiders used their strong ground game to secure the victory in Week One as Josh Jacobs rolled his way to three touchdowns. The strong offensive line plays a big factor in this success, but this week they will face a much tougher test in the Saints defense.

In fact, the last rusher to surpass 100 yards on the ground against the Saints was Semaje Perine who did it in 2017. Cameron Jordan is a huge part of the success that the Saints enjoy and with the right tackle position looking shaky for the Raiders they may struggle to contain him.

Gruden may need to get creative with his play-calling to free up Jacobs. We could also potentially see some more designed runs for other players, most likely Henry Ruggs III who had two of them in the first half of the last game. Ruggs is listed as questionable after a minor injury against the Panthers.

Drew Brees is one of the all-time greats when it comes to the quarterback position and it can be tough for even the strongest of secondaries to confuse him. The Raiders have a young secondary that is still prone to making mistakes – just last week the Panthers managed to get back in the game by scoring a 75-yard passing touchdown – and if they do slip up in the slightest then Brees will make them pay.

The absence of Michael Thomas will make the Raider’s job slightly easier but Brees and head coach Sean Payton will be sure to attempt to attack the young Raiders corners and safeties. Expect plenty of play-action as they try to catch someone out of position.

The Raiders will need to be better than they were against Carolina if they want to win this game. It will be on the shoulders of the defense to get stops and make sure that Brees doesn’t get too comfortable. Derek Carr and crew will manage to score points but the veteran experience of Brees will be too much to handle in the end.