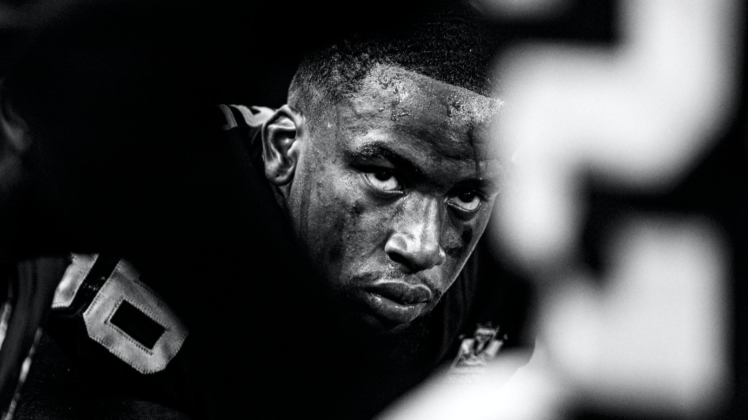 After a big statement win at Kansas City, the Las Vegas Raiders return home to Allegiant Stadium for a primetime matchup with Tom Brady and Tampa Bay. But there are more reasons than one this Raiders vs Buccaneers game is big for Jon Gruden’s team.

One could make the argument that every week – from the opening game until the final game of the season – in the NFL is a big game. After all, even in a COVID-extended 2020 where an extra team will make the playoffs, each win is key to move toward being one of the few who make the postseason tournament. That brings us to this week’s Raiders vs Buccaneers game and why it’s so crucial for a young and up-and-coming Las Vegas team playing just its third home game in the new Allegiant Stadium.

There’s no question the Chiefs win was a massive boost for both the Raiders and their quarterback Derek Carr. Carr had never won at Arrowhead Stadium and it was a division game against a once-heated rival. The complete domination by the Raiders of Patrick Mahomes and the high-flying Kansas City offense cannot be understated. It was a big moment for a young team looking for its identity.

The Raiders defense, which had struggled all season, found itself in a big way as it was almost healthy – sans rookie cornerback Damon Arnette – and the return of Nick Kwiatkoski paid dividends. Clelin Ferrell had his most impactful day as a pro, subs Datone Jones and Chris Jones contributed greatly to living the essence of the “next man up” philosophy. They held a the Mahomes-led Chiefs to just eight points in the second half helping to keep the team at bay and helping the Raiders to their third victory of the young season.

Still, the defense needs to find a level of consistency and play like they did in Kansas City week in, week out. The Raiders vs Buccaneers matchup will challenge that defense as Brady and the Bucs are still efficient and dangerous, despite being led as a team by their physical defense.

This game is huge for the Raiders to see if they’re ready to maintain a level of play and focus for multiple weeks in a row – even divided by an early bye week. If they can, then the Raiders vs Buccaneers could be yet another big step in the the rebuild process.

While Raiders fans seem to want the acceptance and respect of the national media, the team itself can earn that on the field with a big win Sunday night in Las Vegas. A franchise that has been moribund over the 35 years doesn’t earn respect over night. Yes, there was 2002 and what looked like a promising 2016. Still, the Raiders haven’t won when it mattered in a long time. With the chance to beat the Saints on Monday Night, the Chiefs at Arrowhead, and then the greatest quarterback of all-time in Tom Brady on Sunday Night Football, the Raiders can start to earn the respect you want them to.

More so, the Raiders can earn respect for themselves within the locker room. The kind of respect that matters the most. When teams win big games like that in succession, the confidence and mindset start to solidify and can help propel a team from a borderline playoff team, into one that can do much more.

So while Raider Nation might want the recognition that their team actually matters, the team itself is playing for a different level of respect. A Raiders vs Buccaneers matchup is a perfect stage for a young team to, again, find its identity and footing as a winner.

The Raiders vs Buccaneers contest will be just the team’s third game inside the new Allegiant Stadium. The Raiders are 1-1 in games in Las Vegas having vanquished Drew Brees and the New Orleans Saints in Week 2, and then being beaten by the Buffalo Bills (with an assist to themselves) in Week 4.

NFL squads must play their best games at home. Without fans, yes, it’s a different home field advantage but it still matters. Teams need to protect their own turf and that’s especially true for the Raiders. With a new $1.9 billion domed stadium, the Raiders need to establish Allegiant as a tough place to play. They want visiting teams to consider this as they come to Las Vegas to play. The Raiders must start to establish this in their first season here in Nevada.

Beating Brady and the Buccaneers will help to establish that. Two big wins on national television in your own house helps to spread the word Vegas is a place where the Raiders win.