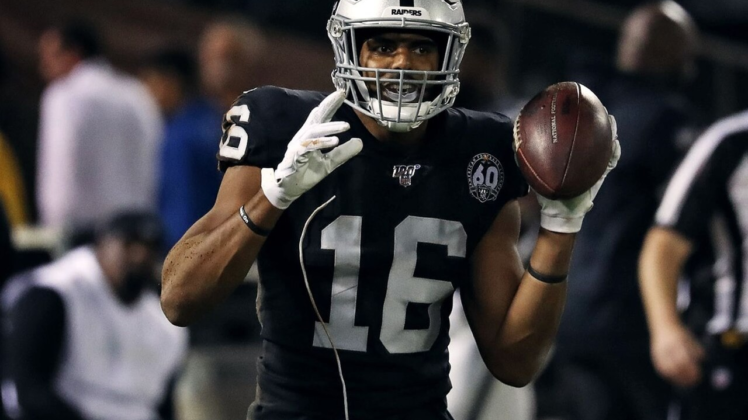 After saying he would attempt to play through a torn labrum in his shoulder the Raiders Tyrell Williams was reportedly put on injured reserved this afternoon effectively ending his season and most likely his career as a member of the Silver and Black.

Williams was injured most of 2019 with plantar fasciitis and mostly could never get fully healthy after signing his four-year, $44 million free-agent contract which include $22 million guaranteed last season.

Many looked at rookie Bryan Edwards as his replacement after this season had Williams stayed healthy. Now, Edwards will have to step up and fill the gap along with other Raiders wideouts.

It’s a tough break for Williams who talked to the media early in Raiders training camp about the wide receiver unit this year vs. last season with the distraction of Antonio Brown.

“”As a group we really haven’t had an identity with a lot of stuff that was going on,” Williams said. “I think now we have a real good core group, some good young guys, guys that we had last year coming back as well. I think if we just kind of gel together and really know what our roles are, I think that will help us a lot as a unit just to be able to play better together and play knowing what everybody is doing and where everybody is at, so that will be a big help.”