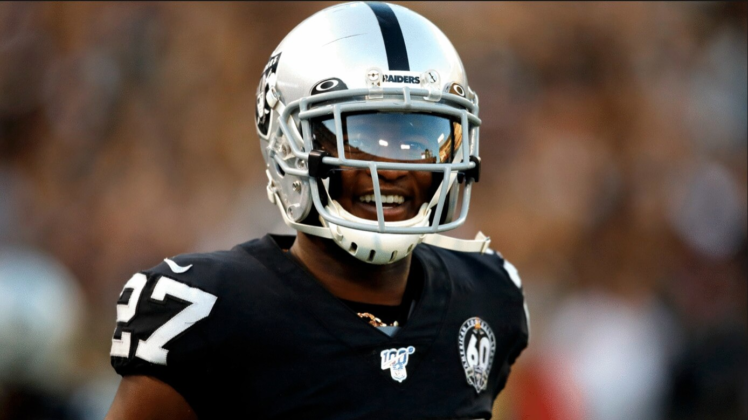 The Raiders Trayvon Mullen became a starter midway through 2019 and never looked back. Now, with the help of his young teammates, he believes the team’s defense is ready to excel.

The Raiders Trayvon Mullen started the 2019 season on the bench only getting the opportunity to play in a situational role. But when the team traded former first-round draft pick Gareon Conley to the Houston Texans, defensive coordinator Paul Guenther tuned to the then-rookie and named him the starter.

For Mullen, it was the culmination of hard work, determination, and learning a defense that has a steep learning curve. The 40th overall pick out of Clemson in 2019, Mullen said his first year and first start set the tone for his ascension as a starter for the Raiders.

“Well last year when I go back, we played my first start against Houston. I was ready, I practiced,” Mullens said Thursday. “My practice habits never changed. I continued to just be me, kept doing what I need to do. So, going into that game, my first start against Houston, I was confident, I knew what to do, I knew the calls, I knew what positions to be in certain plays. So, I was really prepared.”

Mullen finished the 2019 and a tear getting better each and every game even as his team struggled due to injuries and offensive woes down the stretch. In 10 games as a starter, Mullen intercepted one pass and combined on 50 tackles including 42 solo tackles. While he didn’t rack up interceptions, his aggressive coverage, and ability to play tough, earned him the respect of his coaches and teammates.

“Just going through the year, playing different teams and seeing different
things helped me get better and just know the alignments and helped me with my assignment and things like that,” Mullen added.

He was hampered by a minor injury during Raiders training camp but only missed a few workouts and is ready to go for the team’s season opener in Carolina next Sunday.

When the team decided to go young at his position, culminating in veteran Prince Amukamara’s release, Guenther and head man Jon Gruden chose rookie Damon Arnette to start on the opposite side of Mullen. The Raiders Trayvon Mullen says his new teammate has impressed him and he’s confident the tandem will get the job done.

“For us having a young secondary, I just feel like we’re going to continue to grow,” Mullen said. “We have a lot of experienced guys like
Erik Harris. We have Jeff Health who’s really a good player, comes with an edge every day. We got ‘DR’ [Damarious Randall]. We just have a lot of guys that’s ready to play.”

When it comes to the rookie Arnette, the Raiders Trayvon Mullen says the team got a good one.

“He just has a lot of talent – he’s a very talented person, he’s very fast, quick, he has good instincts,” Mullen said. “Just seeing him out here every day and the way he grinds, he’s just a different dude, his personality. The way he plays, his grind, the grit he has; he’s going to be a hell of a player.”

For the Raiders Trayvon Mullen, it comes down to confidence in himself, his teammates, and the team’s defensive scheme.

“I would say my level (of confidence) has grown tremendously, just being able to be comfortable and more confident in myself and being able to go through one year with a lot of experienced guys,” Mullen said. “Daryl Worley playing with me taught me a lot of things. Just my mentality through the offseason, what I was grinding for and I knew what I wanted. I’m more comfortable than ever and I just have a different edge and a different mindset.”