Raiders Trade Up for Tua Tagovailoa? 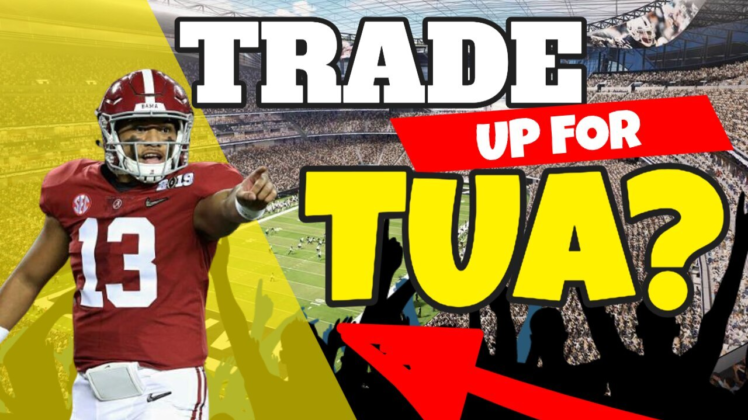 A recent mock draft from CBSSports.com has the Las Vegas Raiders trading their two 2020 NFL Draft first-round picks to move up and draft the talented Alabama quarterback.

There’s no denying Tua Tagovailoa is going to go high in the 2020 NFL Draft.

Despite his season-ending injury, Tua Tagovailoa stats are impressive and it’s been though there is no way for him to slip past the Miami Dolphins past pick No. 5.

This week, CBS Sports.com published its latest Raiders mock draft which projected Jon Gruden and Mike Mayock trading picks No. 12 and No. 19 to Miami and selecting Alabama’s Tua Tagovailoa as their first pick as the Las Vegas Raiders. Scott Gulbransen talks about this projection and if it’s going to really happen – or has any chance.

Could the Raiders be ready to draft the heir apparent to Derek Carr?

Tom Fornelli, who will join us on Sunday’s Silver and Black Today on CBS Sports Radio 1140 in Las Vegas, says that’s what will happen. Here’s what we discussed on our Tuesday night show concerning the prospect of the Las Vegas Raiders trading up for the injured but talented young quarterback.