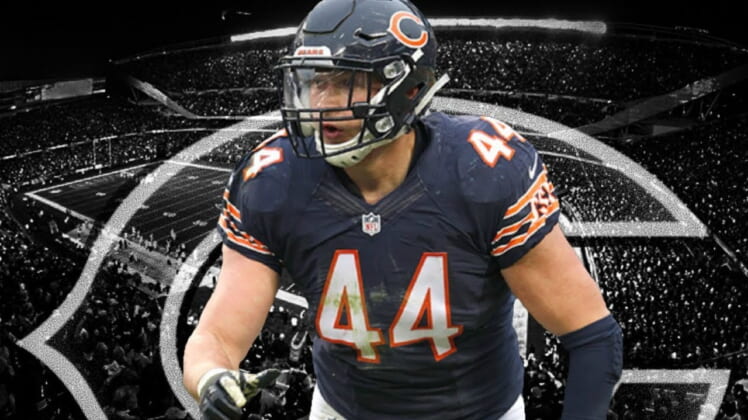 It wasn’t the big signing Raider Nation would have liked to start the legal tampering period but the Las Vegas Raiders add more talent to their depleted linebacking corps with Nick Kwiatkoski .

The start of the NFL’s legal tampering period included a whopper of a one-sided trade that sent talented young wide receiver De’Andre Hopkins to the Arizona Cardinals for running back David Johnson and six-pack of Coors Light. Actually, the deal wasn’t even that good for Houston. At the same time, the Las Vegas Raiders made a good – if unsexy – move to agree to terms with former Chicago Bears linebacker Nick Kwiatkoski.

Kwiatkoski tweeted out the news which was then verified but cannot be made official until the start of the NFL new year this coming Wednesday.

Nick Kwiatkoski might not be a bonafide star, but he’s a vastly underrated player who fits nice for the Raiders. As our own Moe Moton wrote earlier this morning in his outlook on possible Raiders free agency signings, Kwiatkoski gives the Raiders some versatility at the position.

“Nick Kwiatkoski’s stats don’t jump off the screen because he’s served in a reserve role for four seasons,” Moton wrote. “At West Virginia, Kwiatkoski played one term at safety before he transitioned to linebacker for the following three campaigns. The 6’2″, 243-pounder has ball skills, logging six interceptions and 10 pass breakups on the collegiate level. Last year, he picked off one throw and broke up four passes while playing just 48 percent of the defensive snaps.

Moton also wrote last season, when targeted, Kwiatkoski allowed a very good 59.5 completion percentage. Since he has safety experience, he could excel in the Las Vegas Raiders system under Paul Guenther.

The Raiders released veteran LB Tahir Whitehead after two disappointing seasons on the field and look to be shoppers in the draft for help at the position as well.