Raiders to meet with Jordan Love, will evaluate QB position 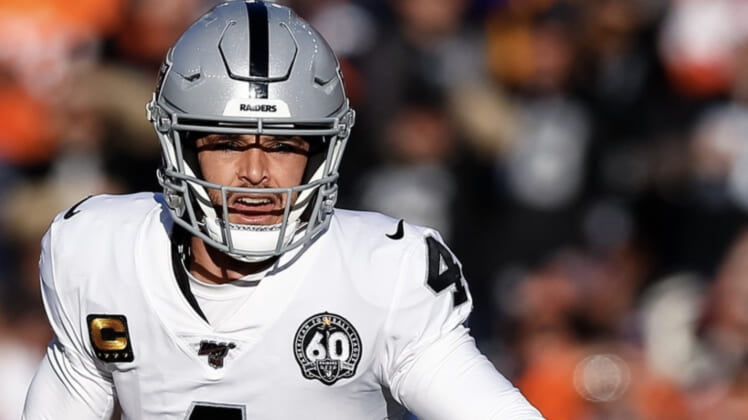 Quarterback Derek Carr might have been on hand in Las Vegas as the Raiders officially relocated to the desert metropolis on Wednesday.

In no way does this mean the multi-time Pro Bowler will be a member of the Las Vegas Raiders next season.

General manager Mike Mayock spoke with the media at the Senior Bowl in Alabama on Wednesday. The biggest takeaway? Mayock indicated that every position on the football field will be evaluated, including quarterback.

Las Vegas surprised a lot of people when the brass met with Kyler Murray, among other quarterbacks, leading up to the 2019 NFL Draft.

Now that Carr is coming off yet another down season, it stands to reason that head coach Jon Gruden and Co. could look in a different direction. That’s been reported multiple times over the past several months.

Carr, 28, completed 70% of his passes for north of 4,000 yards with 21 touchdowns and eight interceptions this past season. However, he struggled getting the ball down the field and with in-game decision making.

Having signed Carr to a five-year, $125 million extension back in June of 2017, the likeliest scenario is that Las Vegas finds a way to trade the quarterback should it decide to move on from him.