Raiders to Sign Trent Brown to Biggest Deal Ever for OL 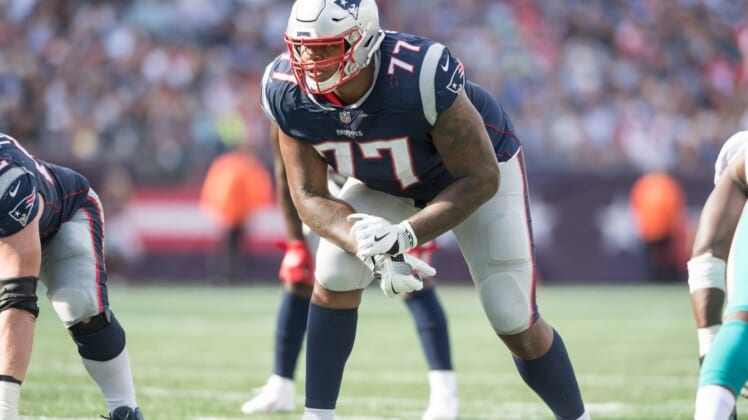 ESPN’s Adam Schefter, and other outlets are reporting the Raiders will sign free agent offensive tackle Trent Brown to a record-setting deal to bolster their offensive line in front of Derek Carr.

Various media reports state the Raiders have tendered an offer to New England Patriot’s free agent offensive tackle Trent Brown in the neighborhood of $66 million over four years. According to Schefter, $36.75 million of that guaranteed, according to Schefter.

The move would also mean 2018 first-round pick Kolton Miller would move from the left to the right side with the acquisition of the Brown. Brown, who himself has just one year playing left tackle after playing the left side for San Francisco, was traded along with the 143rd pick in the 2018 NFL Draft to the Patriots for the 95th selection.

Miller’s move to the left side might help relieve some of the pressure the talented rookie experienced last year when he played through injury learning on the job.

Brown was a full-time starter in 2016 and 2017, although his 2017 season was cut short due to a shoulder injury. During New England’s Super Bowl run last season, Brown was praised for his ability to move to the left side and protect future Hall of Famer Tom Brady during the AFC Championship run. Brown earned a 71 overall grade by Pro Football Focus in 2018 and 71.6 pass blocking grade. Brown did give up the most sacks (3), quarterback hits (12) and hurries (20) on the Patriots last season. But playing the left side that isn’t unusual.

The Raiders traded offensive guard Kelechi Osemele to the New York Jets yesterday for a fifth-round draft pick and are expected to have a busy week in free agency when it begins later this week.