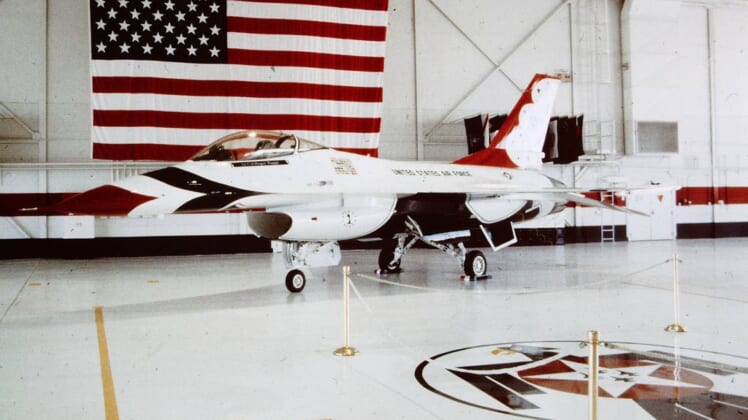 As the Oakland Raiders prepare to become the Las Vegas Raiders in 2020, the team will again involve its future home in this year’s NFL Draft.

The Oakland Raiders announced today they will again involve Las Vegas during their selection of draft picks during the 2018 NFL Draft.

Day 3 2018 NFL Draft picks for the Raiders will be made in Las Vegas at the Thunderbirds hangar at Nellis AFB.

This year, the team will do so from the hangar that is home to the Thunderbirds aerobatic flight team from Nellis Air Force Base just outside Las Vegas. Former Raider Greg Townsend will be joined by Air Force Airmen and members of the Thunderbirds in announcing the picks from the historic hangar.

Entering the 2018 NFL Draft, the Raiders have seven picks in Rounds 4-6.

According to the news release from the team, “…clubs are making their picks for Rounds 4-6 at locations across the country and around the world, including military bases, state landmarks, and major attractions. For the second straight year, Round 6 will be youth football-themed and the Raiders have invited 15 children of servicemembers stationed at Nellis Air Force Base to participate in the selections.”

Last year, just a month after the NFL owners approved the relocation of the team from Oakland, Calif., to Las Vegas, the team announced its picks from the “Welcome to Fabulous Las Vegas” sign on the famed Las Vegas Strip.