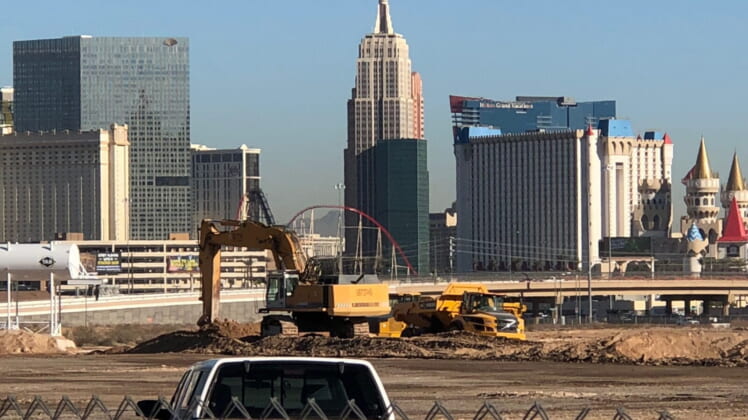 While some in Raider Nation swear the Las Vegas Stadium will still never happen, someone better tell the construction workers on the site. We stopped by this morning to check on the activity just weeks ahead of when the Raiders said it will begin digging the structure’s massive foundation.

There’s no doubt: the Raiders new stadium in Las Vegas is on its way.

The Las Vegas Raiders Report stopped by this morning to check on the site’s progress since our attendance at the star-studded groundbreaking just a few weeks ago. The activity has increased noticeably and the team did confirm this week in the Las Vegas Review-Journal it will begin digging the massive hole for the structure’s foundation in another five weeks.

We will periodically post photos and videos of the construction progress through the official opening. Also check out the Raiders live stadium cam.