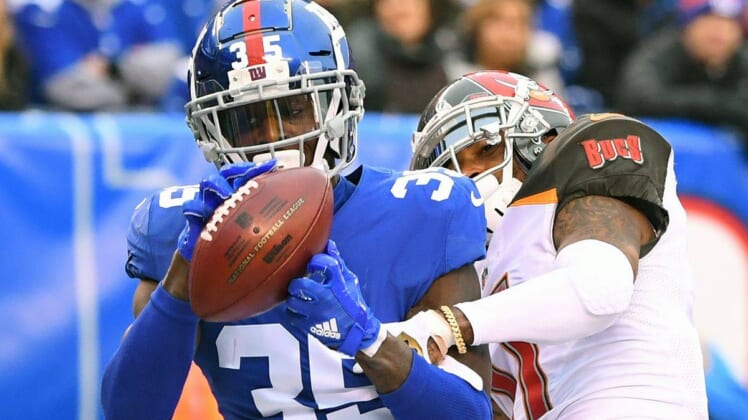 The Raiders roster makeover continues ahead of the draft as the team continues to build its options on defense reportedly signing the veteran to a reported one-year contract on Friday.

The Raiders continue to look for answers in the secondary today reportedly singing former Giants free safety Curtis Riley. Riley referred to the signing via a Tweet.

The signing is a good one for the Raiders who get a full-time starter in Riley. He started all 16 games for New York last year amassing 75 tackles and charted four interceptions as well. Riley joins recent signee LaMarcus Joyner as new safeties on the team although it’s believed Joyner will see more time at the nickel cornerback position.

Riley could challenge Karl Joseph for the starting spot – Gruden loves the competition. If not, he certainly will add much-needed depth to the Raiders secondary who probably will also see some help come April at the NFL Draft.