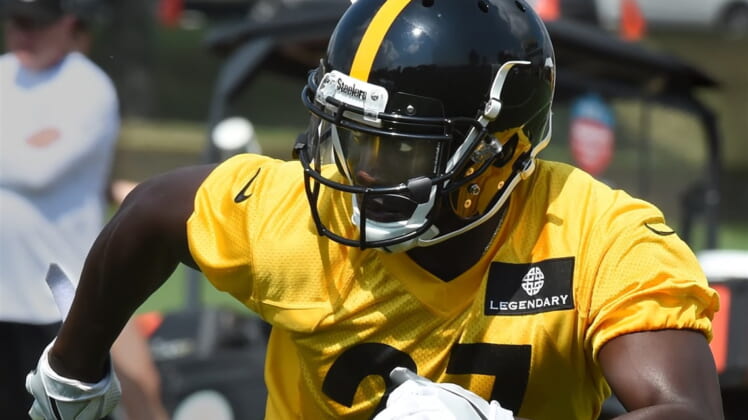 The Raiders haven’t put the checkbook away just yet as the team signs two more free agents on defense.

Armonty Bryant’s best days may be behind him but there’s little risk to the Raiders in giving him a shot.(Photo/Paul Sancya)

Golson (5-foot-9, 176 pounds)  was a highly touted 2015 second-round draft pick of the Pittsburgh Steelers following a stellar career at Ole Miss. Golson tallied 16 interceptions in his time at Mississippi,  third in school history. He was beset by injuries his first two years in Pittsburgh and never got off the injured-reserve list. Golson then signed last season in Tampa Bay, where he spent the year on the team’s practice squad.

Bryant (6-foot-4, 265 pounds) was drafted in the seventh round of the 2013 NFL Draft out of East Central University by the Cleveland Browns. His best year was 2015, when he played 14 games and racked up 5.5 sacks. Bryant then moved to Detroit, where he did not play a game last season. He did see action in four games for the Lions in 2016.

With the signing of Golson and Bryant, the Raiders have now signed 20 free agents since the 2018 offseason began.

One free agent still unsigned and a high priority for Oakland is veteran linebacker NaVorro Bowman. Bowman, who was picked up off waivers last from the San Francisco 49ers, was a key leader in a down year in 2017 for the Raiders. Playing with renewed vigor, Bowman quickly established himself by improving game after game. His veteran leadership is valued by the organization and the Raiders have made Bowman an offer.