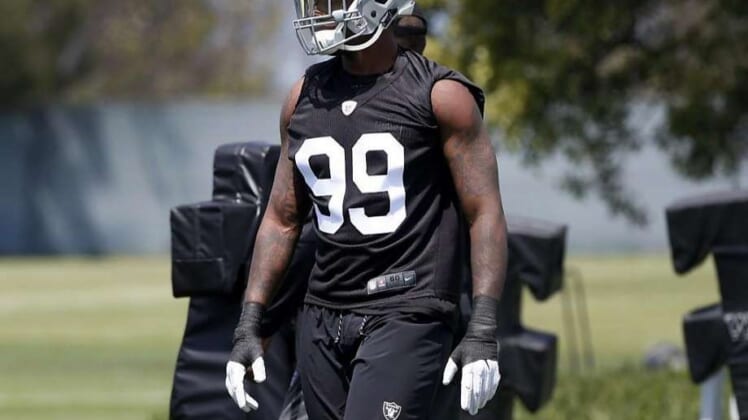 With today’s signings, the Oakland Raiders have just one remaining draft pick who has not yet signed his contract.

As usual, financial terms of the deals were not disclosed.

Arden Key is the lone 2018 draft pick yet to sign a contract.

Parker, who starred at North Carolina A&T, was the 65th pick overall in this spring’s draft after a stellar career with the Aggies. He started all 48 career games at left tackle and was a three-time FCS All-American and the Mid-Eastern Athletic Conference Offensive Lineman of the Year for three straight seasons from 2015-17.

Parker talked with the Silver and Black Today on our  CBS Sports Radio 1140-AM radio show just a week after being selected by the Raiders.

Nelson, a 5-foot-11, 200-pound cornerback, started all 14 games at Wisconsin in 2017 and led the nation in setting a school-record with 21 passes defensed. Nelson played his first two years at Hawai’i before transferring to play for the Badgers. Nelson injured his knee in a pre-draft workout with the Detroit Lions, but it turned out to be a partial meniscus repair – much better than most of the league originally believed.