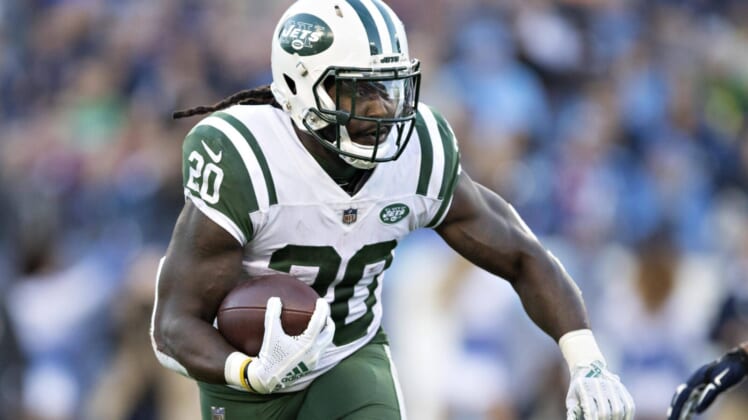 The former Jets running back signs the same day he visits the team bringing more depth to the position for Oakland.

The Raiders continued their offseason push to improve their roster today signing former New York Jets running back Isaiah Crowell on Thursday. Terms of the deal were not formally announced but reports indicate the deal is for one year up to $2.5 million.

Crowell, who spent 2018 with New York after three years in Cleveland, was scheduled to visit Alameda today and both sides must have liked what they heard. Crowell was an undrafted free agent out of Alabama State and has played in 77 games as a pro. He’s started 51 games running for 3,083 yards on 880 carries (4.3 avg.) with 27 rushing touchdowns. Crowell is also a serviceable pass catcher grabbing 117 passes for 922 yards and one touchdown over his career.

Last season in New York, Crowell started six times for the Jets and rushed for 685 yards on 143 carries (4.8 avg.) with six rushing touchdowns.