Raiders Set to Add Another WR in Chargers Williams 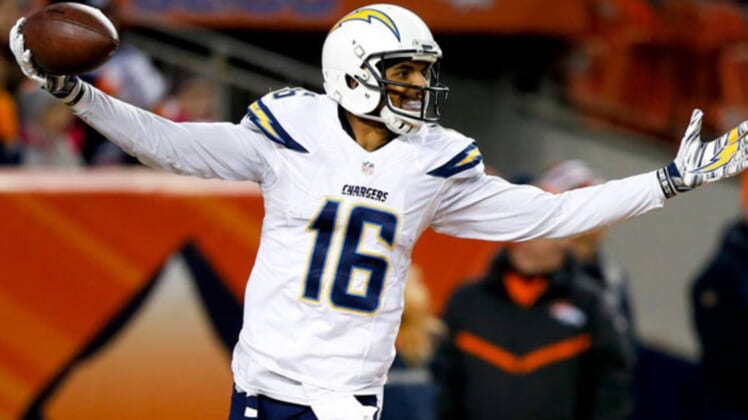 Call it the Antonio Brown effect – another big wideout signs with the Raiders as Gruden and Mayock overhaul the offensive roster for Derek Carr.

In what should make for another spicy ingredient in a heated AFC West rivalry between the Raiders and the Los Angeles Chargers, the team has reportedly signed free agent and former Chargers wide receiver Tyrell Williams.

ESPN’s Adam Schefter broke the news this afternoon but details of the contract are not known at this time.

Williams could join generational talent Antonio Brown and offensive tackle Trent Brown as the newest additions to help the Raiders anemic offense. Williams is coming off a season where he hauled in 41 passes for 653 and five scores. His best season was his sophomore campaign with the Chargers where he had 69 catches for 1059 yards and seven touchdowns during the team’s last season in San Diego.

Williams,  just 27, was productive for the Chargers in the 2018 playoffs catching seven balls on 11 targets for 107 yards and a touchdown in LA’s two post-season games. Over the past two years, Williams has compiled 1,381 yards on 84 catches (16+ yards per catch average) including nine touchdowns.

Although the deal isn’t finalized yet, all signs point to an agreement in place by the end of the day.