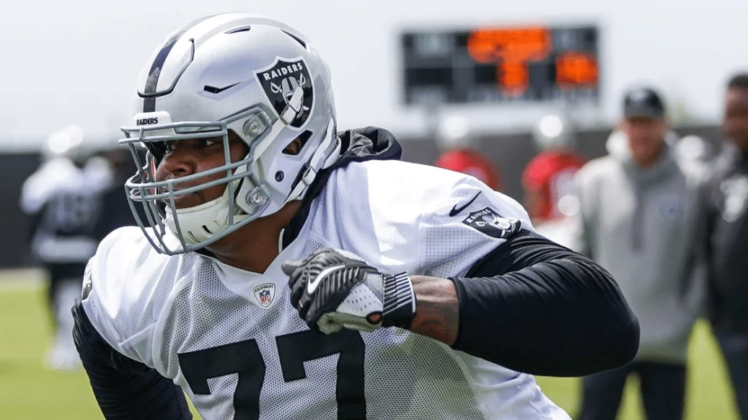 Several storylines will be key to follow at Raiders training camp starting this week in Napa. Here’s our take on three key areas to watch.

As the Raiders roll into their 2019 training camp, questions abound but which ones are more vital to their success in the coming season? I believe there are three that stand out above the rest. Not that the rest aren’t significant, but the following open switches are key to seeing this team improve on it’s disjointed and disappointing 2018.

On paper, this line has improved. With additions and subtractions during the offseason, some problems were solved and others were created.

First, a massive hole at left guard was created when the team traded Kelechi Osemele to the New York Jets. Osemele, a stable force on what had been one of the best lines in the NFL, fell back a bit last year and found himself shifted out and replaced by free agent Richie Incognito. Incognito will miss two games due to a league suspension for off the field conduct. The team signed former Patriots RT Trent Brown to a record four-year deal that will get him a whopping $66 million with $36.75 million guaranteed.

Then you have last year’s first-round draft pick Kolton Miller at left tackle. Can he make that sophomore jump to be more consistent and protect quarterback Derek Carr‘s blindside? Despite being a mixed bag during his rookie campaign, Miller showed grit and toughness playing through painful injuries in 2018. His development will be key to whether or not the unit will do what it needs to do in order to allow Carr the time and space to hit his new weapons on offense.

We all know the numbers from last year’s Raiders pass rush was embarrassing. Despite drafting Maurice Hurst, PJ Hall, and Arden Key in 2018, that group didn’t get to the quarterback. Oakland tallied just 13 sacks last season and even when they did reach the QB, they often couldn’t finish (see Key). Adding high first-rounder Clelin Ferrell should help and rookie Maxx Crosby also looks to be in the mix. Coupled with a better linebacking corps, and improved DBs, this zone-based 4-3 defensive front should be improved. Or should we say has to be improved?

Over the entire defense has to be much better but this defensive front – facing Kansas City’s Pat Mahomes, LA’s Philip Rivers twice – has to put more pressure on quarterbacks. The improvements at LB and DB should help but clearly several of the Raiders young players must make a significant stride forward. Also: will Eddie Vanderdoes stay healthy and contribute and can Justin Ellis return and contribute. Competition should be fierce throughout camp.

It would be easy to go through the pressure on Carr to have a big year, or who will emerge as the starting running backs for the Raiders in 2019. Yet it’s the relationships in the locker room, and chemistry with this team, that could mean the difference in a year where Oakland was screwed by the NFL with a brutal schedule. We have no doubt both Antonio Brown and Tyrell Williams will click with Carr. We also believe Josh Jacobs will be a star in this league. Even so, coach Jon Gruden has his hands full with the most personality on a Raiders roster in a long time. That doesn’t mean he’s not up to the task, but when this team is faced with adversity, he’s going to have to keep it all together for them to achieve more than most think they can.

There are other important storylines but much of what 2019 ends up being on the field for the Raiders hinges on these key three areas.