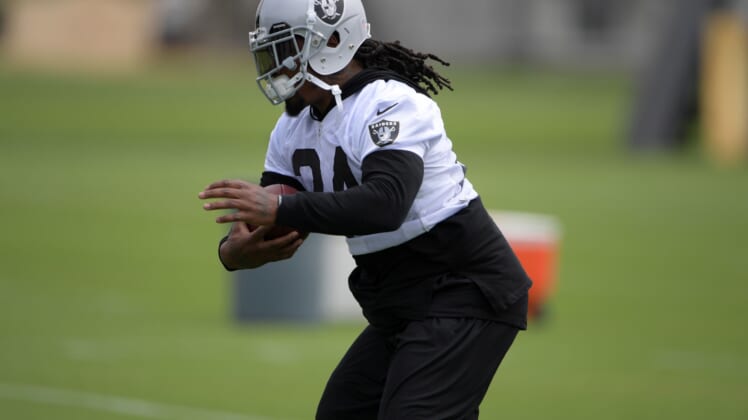 Oakland Raiders running back Marshawn Lynch has to be feeling like it’s Déjà vu all over again.

After dominating physically early in Sunday’s game against the Tennessee Titans, it sure looked like the veteran back would find his way into the end zone for his first touchdown as a member of the Raiders.

After all, Lynch had converted a brilliant fourth-and-one to set Oakland up with first and goal.

Unfortunately, history repeated itself in a big way here.

Instead of handing the ball off to Lynch at least one time, the Raiders threw three consecutive passes, all to star wide receiver Amari Cooper. Ultimately, the Raiders had to settle for a field goal after Titans rookie cornerback Adoree’ Jackson broke up a second-down pass to Cooper.

Fans in Seattle definitely understand the frustration those in Northern California had to be feeling about the play calls on that series of plays.

Interestingly enough, this is something the Raiders themselves promised wouldn’t happen when they signed Lynch out of retirement during the spring.

It didn’t take too long for Carr to break a promise to both Lynch and Raiders fans. Let’s hope this doesn’t come back to bite the Raiders in the back end when the game draws to a conclusion Sunday afternoon.