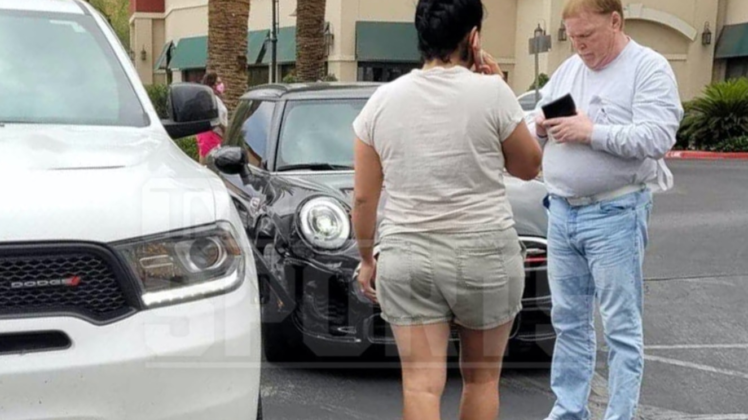 Las Vegas Raiders owner Mark Davis was reportedly involved in a minor auto accident in a local parking lot, according to a report by TMZ Thursday.

Davis, and the reported female driver of the other vehicle, appeared to be uninjured and police or emergency services were not called to the scene. In a video published by the entertainment website, Davis can be seen exchanging information with the other driver and then pulling away in his Mini Cooper.

TMZ reported Davis “was involved in a wreck with another vehicle in a shopping complex near the Vegas strip early Wednesday afternoon.”

More details were not available but Davis has now officially become a resident of the Las Vegas valley – one of the most expensive markets in the nation for auto insurance.

The site poked fun at the Raiders owner Mark Davis for driving a Mini Cooper. Davis has long had a reputation for driving unassuming vehicles – including a Dodge minivan – and for dressing casually.

Davis’ team just finished its mandatory minicamp and will begin NFL training camp at their nearby Henderson training center on July 27.