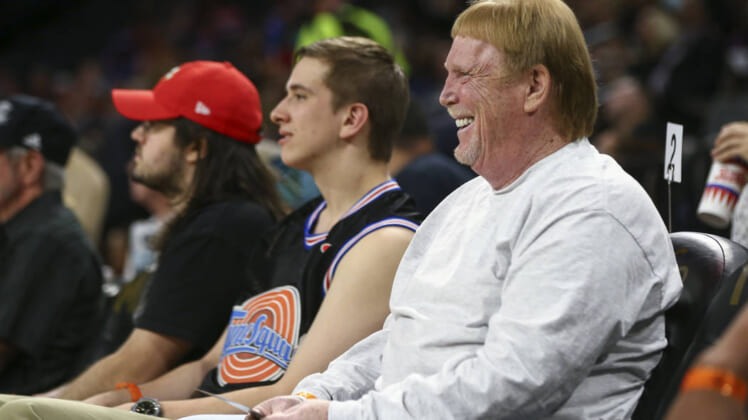 Mark Davis, who was been the owner of the Raiders since inheriting the team in 2011, has bought another Las Vegas sports franchise, the Aces of the WNBA.

Mark Davis announced today that he has purchased the Las Vegas Aces of the WNBA. Davis has been a notable fan of the team during his time in Las Vegas and has been spotted courtside on multiple occasions. In addition to attending the games, Davis bought many tickets in 2019, totaling around 1600, which he distributed to kids in the Vegas area.

Led by former first-overall selection and 2020 league MVP A’ja Wilson, the Aces made it all the way to the WNBA finals this past year before they were swept by the Seattle Storm. The team is coached by former NBA player Bill Laimbeer and will look to build upon the success they enjoyed last season.

In an official statement, Mark Davis said “I am excited to announce that I have entered into an agreement to purchase the Las Vegas franchise in the WNBA from MGM resorts international.” This marks an expansion of the Davis empire in Las Vegas as he now owns two of the three major sports teams in the growing destination for professional sports franchises.

“We have confirmed we have entered an agreement to sell the Las Vegas Aces to Mark Davis…We will continue our enthusiastic support of the WNBA, NBA, and basketball in Las Vegas” said George Kliavkoff, the president of MGM Grand Sports and Entertainment.

The sale is awaiting approval from the WNBA board of governors after which Mark Davis will release a longer statement.