Raiders Offense Not the Problem in Consecutive Losses 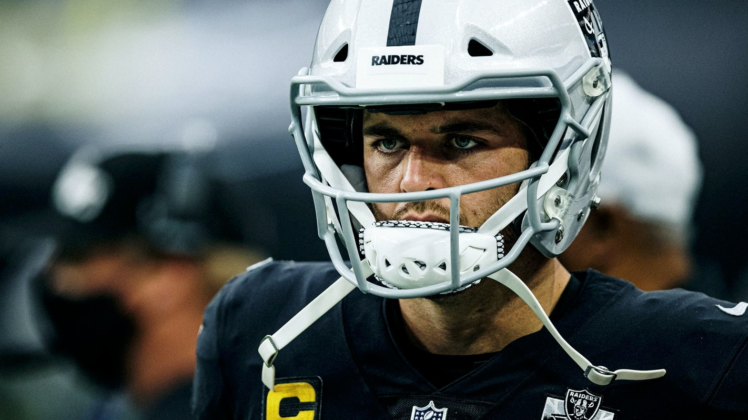 Even though the Las Vegas Raiders offense has cooled off since scoring 34 points in consecutive games to start 2020, it has not been the biggest contributing factor during the team’s current two-game skid.

After a quick 2-0 start, the Las Vegas Raiders have dropped consecutive games against AFC East opponents to bring their record back down to .500. The Raiders are in the midst of a tough stretch in their schedule but with expectations that this season would be an improvement on the last, these games offer a reason to worry. But it’s not the Raiders offense who is the biggest culprit.

I’m sick of losing, I’m sick of working as hard as I do, and as we do, and going out there and losing. I mean, it sucks. Enough is enough. – Derek Carr

Whenever a team struggles fans and media are quick to point fingers at the quarterback, but so far this season Derek Carr has not been the issue. In fact, Carr and the potent Raiders offense have been the only thing keeping these games close and it will be the defense that needs to step up if the Raiders want to make a push for the postseason.

Carr has recorded eight touchdowns, no interceptions, and a completion percentage of 73.6 so far this season. Constantly having to put up at least 30 points to have a chance at winning is starting to take its toll. After the latest loss to the Buffalo Bills in Las Vegas, Carr told the media he had enough.

“I’m sick of losing,” Carr said after Sunday’s loss. “I’m sick of working as hard as I do, and as we do, and going out there and losing. I mean, it sucks. Enough is enough.”

The Raiders offense has put up 111 points through four games, good for fifth-best in the AFC, yet every team ahead of them and even the one behind sports a winning record.

Running back Josh Jacobs continues to build upon a strong rookie season and tight end Darren Waller is still a matchup nightmare and the balanced nature of the offense keeps defenses guessing. The return of Henry Ruggs III should only add another explosive element to this dangerous offensive group.

How Do the Raiders Stack Up?

The AFC West leaders and division rival Kansas City Chiefs loom ominously on the schedule this week as the Raiders prepare for the Chiefs high-octane offense. When comparing how the Raiders stack up to the defending Super Bowl Champions, the offenses are closer than many imagine. The Raiders have scored only six fewer points so far this year, and they have done that with many notable injuries including first-round selection Henry Ruggs III.

With Jacobs flourishing in his role as the workhorse back, and Carr accurate as ever, the addition of Ruggs should really open up the big play potential. Carr has been critiqued in the past for his unwillingness to take shots downfield but never before has he had a weapon like Ruggs.

There is cause for concerns as Gruden often tightens up and goes back to his conservative play-calling tendencies. With Ruggs most likely back this week in Kansas City, we might see more offensive plays called like we did in the Carolina and New Orleans wins.

Heading into this season there was plenty of pressure on Derek Carr to make the most of the Raiders offense with new weapons at his disposal. He has held up his end of the bargain, now it’s on the defense to hold up theirs.