Raiders Need Overhaul on Defense and to Use Offensive Weapons Better 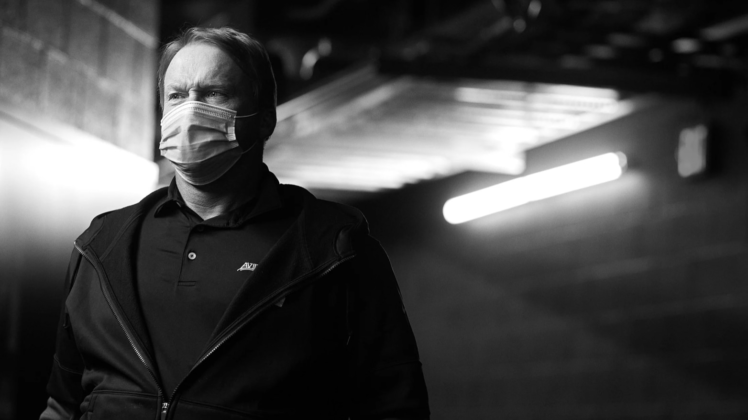 While the Las Vegas Raiders know their defense needs yet another overhaul this offseason, the team’s offense isn’t perfect either. As Jon Gruden and Mike Mayock self-assess this offseason, they shouldn’t forget to look at how to use what they have offensively better in 2021.

No matter how you spin it, the Las Vegas Raiders’ 2020 season will end in disappointment when you look at the big picture: a post-Thanksgiving collapse for consecutive campaigns. Somehow, the Raiders went from 6-3 to a free-falling sub-.500 team going into Week 17.

While most clubs hope to see progress in Year 3 of a new regime, the Raiders will need to look beneath the surface for positivity. Let’s start there before we go into the hard truths.

Raiders Offense Proves it Has the Weapons It Needs

The Raiders offense improved, going from 24th in scoring to 11th over the past two years. Quarterback Derek Carr continued to make strides under head coach Jon Gruden. Even with its bottom-tier defense, this team managed to beat playoff-caliber opponents (Kansas City Chiefs and New Orleans Saints) and one squad still in the hunt (Cleveland Browns).

The Raiders offense features two cornerstone pieces at the skill positions in running back Josh Jacobs and tight end Darren Waller. Both earned their first Pro Bowl nods this year. Nelson Agholor, who might explore free agency yet again after a big year, looks like a keeper. He became Carr’s No. 1 wide receiver with 47 receptions for 839 yards and eight touchdowns.

No Defense for the Raiders Defense

As a whole, the defense took a step back with more talent sprinkled across the roster, dropping from 24th in points and 19th in yards allowed to 29th and 24th in those categories, respectively. However, the new defensive coordinator will inherit a young group that has a lot of room for growth.

Defensive end Maxx Crosby, linebacker Nick Kwiatkoski and cornerback Trayvon Mullen are all solid at their respective positions. All three had some rough outings but overall, they stood out on each level of the defense. If the Raiders re-sign Nicholas Morrow, who made a leap in development, he’s someone to monitor with better coaching as well.

Hopefully, the new defensive coordinator realizes defensive tackle Maurice Hurst should play more than 50 percent of the snaps. Lamarcus Joyner had a decent year in the slot, logging 62 tackles, six for loss and four pass breakups, but his $11.2 million cap hit for 2021 and depth with rookie fourth-rounder Amik Robertson could encourage the Raiders to roll with a cheaper option who has upside.

Where could this club improve to avoid fading down the stretch?

Overhauling the Raiders Defense Under a New Coordinator

First and foremost, the Raiders must find a defensive coordinator who’s not just good with the X’s and O’s but knows how to use the Jimmy’s and Joe’s for his scheme.

We know these coaches understand the game. They’re able to speak the language and understand concepts, but some of them struggle to teach and pass that knowledge on to young groups.

Whoever takes over for Guenther must establish two-way communication, demand, and accept accountability and deliver a clear message to avoid confusion. They need to be a master teacher with the young and inexperienced talent Las Vegas has on this side of the ball.

He has to know a player’s strengths and weaknesses to define their roles while driving certain points of emphasis. The best teachers go over things repeatedly, so you can avoid the same error twice. Young players such as Johnathan Abram and Damon Arnette will make mistakes. Neither has played 14 NFL games.

But a good coordinator ensures that Abram and Arnette understand their roles in zone coverage in crucial situations. With a clear message wrapped in teaching moments, the new defensive play-caller can clean up baffling miscues.

As the offseason approaches, free-agent wishlists and mock drafts will take over the NFL discussion cycle. The Raiders should invest heavily in the defense and target three types of defenders in no specific order of priority:

With so much young talent on the roster and a shortened collegiate season for many of the incoming prospects, the Raiders may want to take a long look at veteran talent for more immediate results.

You cannot always solve a problem with money. Sometimes, you have to work with what’s available. The Raiders have an abundance of talent on offense—so much they don’t even use all of their personnel.

First, the Raiders need to focus on efficiency. How does the 11th-ranked scoring offense only rank 25th in red-zone scoring? What’s happening inside the 20-yard line to slow down an otherwise high-end unit?

Don’t expect Gruden to give up play-calling, but fielding an offense that’s 22nd or worse in the red zone for three consecutive years should lead to self-assessment or look at the execution on the field.

The offense doesn’t need to be perfect, but asking for a middle-of-the-pack scoring unit inside the 20-yard line is achievable with Jacobs, Waller, Agholor, Hunter Renfrow, Henry Ruggs III and an accurate quarterback who’s completed at least 67 percent of his passes in each season since 2018.

The Raiders can add depth across the offensive line and a No. 2 running back if they don’t re-sign Devontae Booker, but Gruden and Carr should do their best to unlock the potential in Ruggs, Edwards and Moreau.

In other words, the answers to the Raiders’ red-zone inefficiencies are already there. If Gruden can’t see that, he’s the problem. As for Carr, he has to pull the trigger on some tight-window throws. Sometimes, he’s still a bit hesitant. In closed quarters inside the 10-yard line, the ball has to come out quickly.

The Raiders can correct or improve on their shortcomings within an offseason, but Gruden has to hit on his hire at defensive coordinator because as we saw with Guenther, missteps in coaching can suppress quality talent. On the other side of the ball, he’ll need to look within himself as the play-caller to remove the cap on his red-zone offense.

Finally, Gruden has to find a way to keep his players locked in for a full 16-game slate. Fullback Alec Ingold spoke about inconsistencies with the level of focus in the locker room after a 43-6 loss to the Atlanta Falcons in Week 12, per Vincent Bonsignore of the Las Vegas Review-Journal.

“There’s a level of commitment in our locker room we’re still trying to consistently find,” Ingold said after the blowout loss in Atlanta. “We have leaders and we have really good players, but weeks like last week show our youth.”

Regardless of what the Raiders do offensively or defensively, we cannot overlook Ingold’s assessment of a team whose coach has a 25-41 record in December and January regular-season games. Why are late-season struggles on-brand for Gruden? That’s something he has to figure out in order for the Raiders to take the next step.