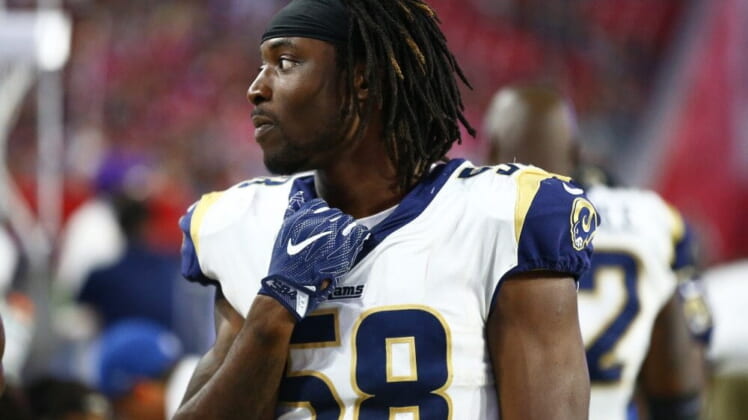 The first big fish the Raiders free agency pursuit has been hooked as reports indicate the team has come to terms with linebacker Cory Littleton. According to multiple reports, Littleton has to a reported 3-year $36 million contract and instantly improves a linebacking group void of start talent.

Littleton was the top linebacker available in free agency and his signing with the Raiders helps them improve on their 29th ranked defense immediately.

The 26-year old, 6-foot-4, 230-pound former All-Pro is a physical LB who can play in coverage as good as anyone in the NFL. Littleton has tallied 125 or more total tackles in each of his last two seasons with LA and has 7.5 sacks and five interceptions over those two seasons.

Littleton’s glaring weakness is against the run – which the Raiders already have dialed in pretty well. Pro Football Focus ranks Littleton 103 of 126 linebackers ranked against the run.

The Littleton signing comes a day after the Raiders signed another veteran LB in Nick Kwiatkoskia and also QB Marcus Mariota. The Raiders also, seemingly, will address the LB position in the draft where names like Oklahoma’s Kenneth Murray have been mentioned as possible targets in the first round.

JOIN US: Tonight we’ll have a special live video show on our YouTube channel looking back on the Raiders free agency moves thus far. Join me and contributor Hayden Nadolny as we talk about the moves, take your questions and talk about what might be next. Subscribe to our YouTube channel, hit the notifications bell, and then “all.’ Talk to you tonight at 8 PM PT!