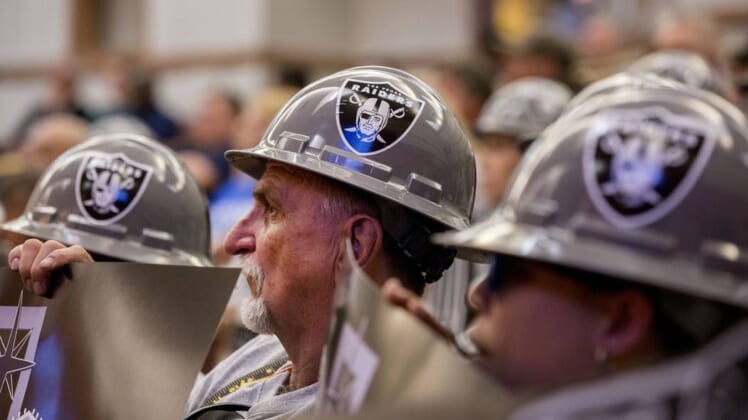 In an interview with Silver and Black Today, Las Vegas Global Economic Alliance President and CEO Jonas Peterson says the area is already benefiting a year before the team officially moves to Southern Nevada.

The Raiders impending move to Las Vegas is already providing an economic boost to the area according to the head of the Las Vegas Global Economic Alliance. The LVGEA is the public-private partnership dedicated to developing the region’s economies. The organization does that through regional cooperation, global trade, and overall global connectivity.

Jonas Peterson, president and CEO of the LVGEA, appearing on Silver and Black Today on CBS Sports Radio in Las Vegas, said the Las Vegas valley is benefiting already from being chosen as the future home to one of the most storied franchises in all of sports.

“The NFL is a conversation that everybody can relate to,” Peterson said. “There is a connection with becoming a globally recognized city and having an NFL team. It’s a conversation starter, a branding opportunity and a coming of age for our community.”

As Peterson and the LVGEA work to lure companies to Southern Nevada, he says those companies choosing to come here ask him and his team about it and cite it as one of the reasons to be excited to be in Las Vegas.

Not surprisingly, Peterson says the economic impact in the past year has been most visible in the construction industry and vendors who provide equipment and other necessities for those projects.

“You’re talking about nearly 10,000 jobs,” Peterson said. “The economic input we’re seeing as a result of the Raiders significant investment in Southern Nevada is massive.”

The buyer’s network created by both the Las Vegas Stadium project and the team’s headquarters and practice facility in Henderson is undeniable and would not be where they are without the Raiders relocation to the area.

“There’s even an impact on real estate values above and beyond that,” Peterson said. “Even with home prices in the area.”

The Raiders will move to Las Vegas at the completion of the 2019 season and Las Vegas Stadium is scheduled to be completed by July 31, 2020.

To hear the complete interview, including Peterson’s estimation on how the Super Bowl in Las Vegas could generate $1 billion in economic impact to the area, listen below: