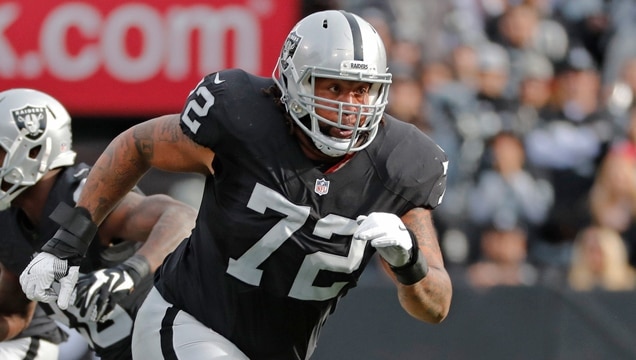 Loyalty is true in the Raiders organization and once again, they take care of one of their own.

Donald Penn held out of camp but came back after the Raiders, and General Manager Reggie McKenzie, assured him they’d strike a deal – and that deal happened today.

The club singed the two-time Pro Bowler to a two-year extension ensuring the offensive tackle will remain in silver and black through the 2019 season.

Although terms of the deal were not released, published reports put it in the $21 Million range for the 6-foot-4, 315-pound left tackle.

Penn is a reliable anchor on the Raiders offensive line and his 157 consecutive regular season starts currently rank him second in the NFL amongst active linemen.