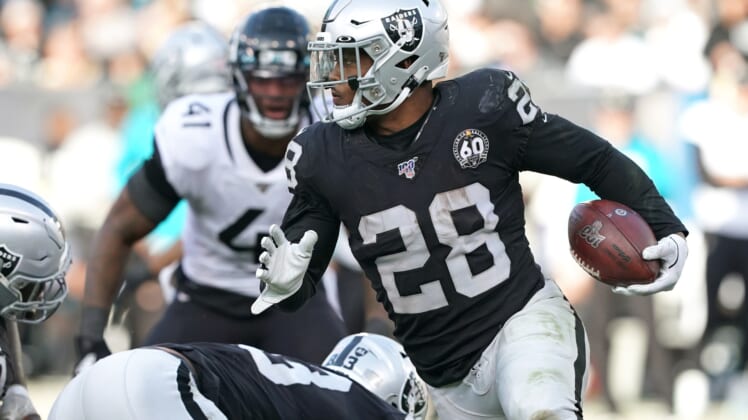 Oakland Raiders rookie running back Josh Jacobs has already been limited by a fractured right shoulder this season. On Wednesday night, he found himself going to the hospital to treat another discomfort.

Jacobs revealed on Instagram that he underwent a quick surgery on his leg, though he didn’t include further details. The Oakland Raiders released a statement on Thursday, providing more information on the rookie’s minor leg procedure.

As detailed by NFL Network’s Ian Rapoport, the minor procedure was to address an infection on Jacobs’ leg. While his status for Sunday’s game against the Denver Broncos is uncertain, the team is hopeful that he will be able to play.

Jacobs’ availability will be a major storyline heading into the weekend. The Raiders’ playoff hopes are still alive entering Week 17, but they’ll need to win along with losses by the Pittsburgh Steelers, Indianapolis Colts and Tennessee Titans for it to happen.