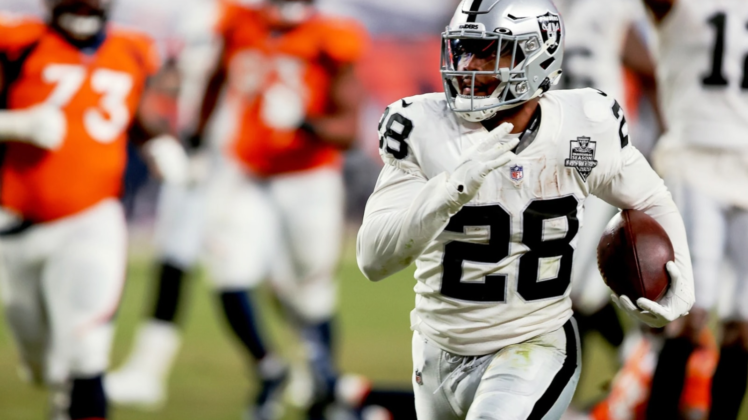 Las Vegas Metropolitan Police have confirmed that Josh Jacobs was involved in a single-vehicle crash and booked for DUI early Monday morning.

Only hours after the team had returned back to Las Vegas after a big Week 17 win over the Denver Broncos, running back Josh Jacobs was arrested in the early hours of Monday morning. Las Vegas police say that Jacobs crashed his car at the McCarran tunnel airport connector at around 4:42 a.m.

Jacobs was not seriously injured, though he was sent to a local hospital to treat what LVMPD called “minor injuries”. After treatment, he was sent to the Clark County Detention Center where he was booked for DUI before being released sometime before Monday afternoon.

Jacobs just finished his sophomore season which was the second consecutive one in which he broke the 1000 yard mark. He has a court appearance set for March 8th. At this point, neither the Raiders nor the NFL has made public comments.

This story is developing. Listen to Silver and Black Today on Raider Nation Radio 920-AM as local Las Vegas criminal defense attorney Michael Troiano will discuss the arrest and what it means for Jacobs.