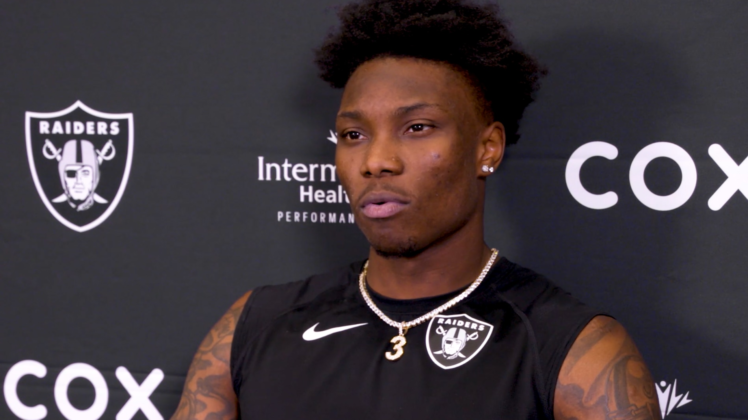 He has the speed, he has the hands, and he has the swagger. Las Vegas Raiders wide receiver Henry Ruggs, the 11th overall draft pick of the NFL team in 2020, said his rookie year didn’t scratch the surface of what he can do as a pro. The former Alabama standout talked with the media on Wednesday talking about what he learned his rookie campaign.

Henry Ruggs III finished his rookie season with just 26 receptions for 452 yards and two touchdowns. For what was, essentially a Top 10 pick, some were disappointed in his output. Despite some of the lower numbers, head coach Jon Gruden and Ruggs’ teammates all said his impact on the field didn’t always show up in the boxscore. His ability to stretch the field, and for opponents to respect his speed, meant the Raiders top receiver in tight end Darren Waller, and the rest of the wide receiver room, all benefited.

Ruggs also talked about his off-season workout and diet regiment. The talented wideout acknowledged he needed to get stronger and bigger this offseason and has made it a focus.

“That’s been one of my main points of emphasis,” Henry Ruggs III said. “I’m just constantly trying to eat all the time and going hard in the weight room and it’s paying off.”

Many league observers believe Ruggs has what it takes to be a top-notch wide receiver in the NFL, but needs to improve his route running and increase mass and strength. It appears the second-year speedster in on course to do just that.