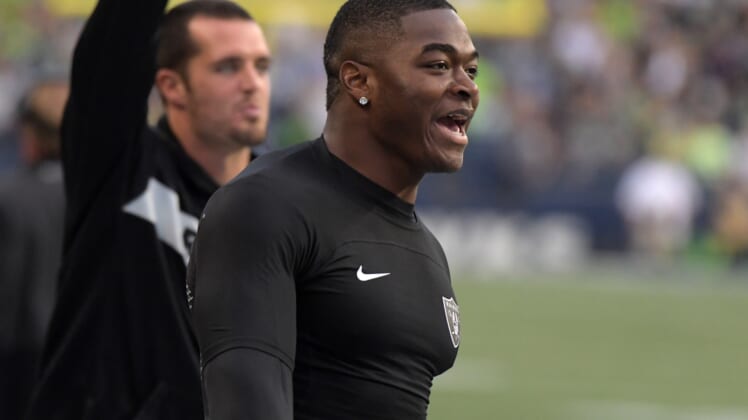 It’s not a secret that first-year Oakland Raiders head coach and de facto general manager Jon Gruden is looking to mold the roster to his liking. That included the recent trade of former NFL Defensive Player of the Year Khalil Mack.

Now, according to this report from The Athletic’s Jay Glazer, the Raiders have reportedly discussed trading wide receiver Amari Cooper ahead of the Oct. 30 deadline.

#Raiders have been in discussions to trade WR Amari Cooper and S Karl Joseph, per @JayGlazer.

Long seen as a potential No. 1 wide receiver, the former top-five pick has not lived up to that billing in recent seasons. He’s recorded just 22 receptions for 280 yards in five games this season.

That comes after Cooper failed to put up 1,000-plus yards for the first time in his career as a third-year player last season.

Despite this, there would be a ton of interest in Cooper’s services should the Raiders be aggressive in pursuing a trade. He averaged 78 receptions for north of 1,100 yards in his first two seasons.