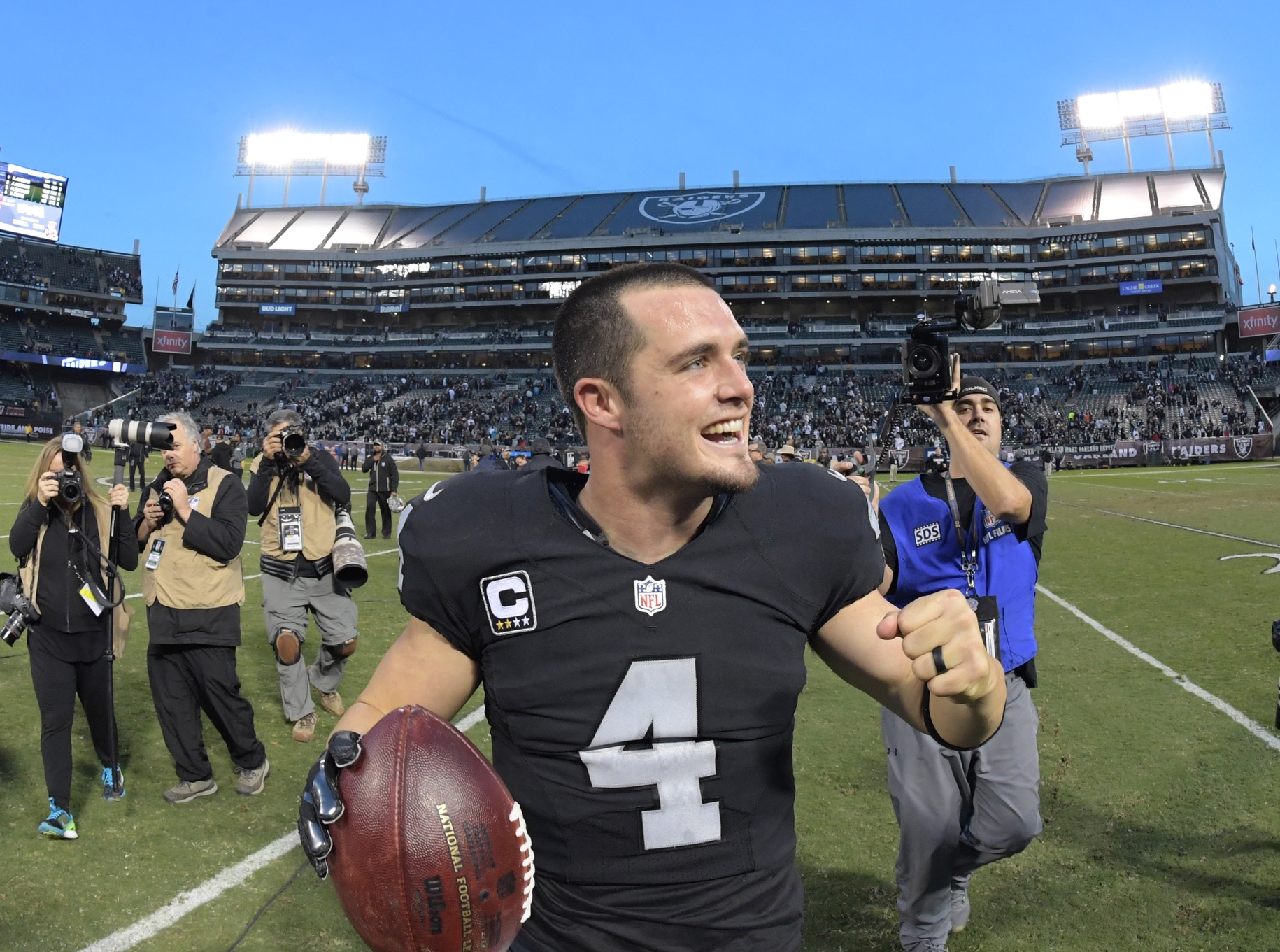 The Oakland Raiders may have seen their 2016 season go down in flames after Derek Carr was injured in Week 16, but the future is bright for this long downtrodden organization.

Two of the team’s brightest stars, quarterback Derek Carr and pass rusher Khalil Mack, are among the best young players at their positions. The Raiders are also coming off a 12-win regular season and likely would have gone deep in the playoffs if it weren’t for the serious injury Carr himself suffered.

Needless to say, general manager Reggie McKenzie and Co. are already thinking about extending these two elite youngsters. Whether it was a priority this upcoming offseason was not yet known. That’s until McKenzie himself spoke on the topic recently.

“You can say that,” McKenzie said whether it was a priority to sign the two to long-term deals, via CSN Bay Area. “The good thing is we do have time, but I’m not the type to wait until the last minute. Those two guys are not only great players but they are great men. They are true Raiders and I want to make sure we do the best that we can to make sure that they stay Raiders.”

There’s a few different things to look at here. Carr is actually slated to become a free agent following the 2017 season. As a second-round pick, the Raiders don’t have the option to pick up the fifth year on his rookie deal. That’s one of the downfalls of him falling out of Day 1.

Though, Oakland could easily place the franchise tag on Carr, pretty much guaranteeing that he will be with the team beyond the 2017 season. As McKenzie said, it’s all about getting the deals done and not waiting until the last minute.

Carr is coming off a 2016 season that saw him put up nearly 4,000 passing yards with 28 touchdowns and just six interceptions while completing 64 percent of his passes.

If he were to be extended this offseason, it wouldn’t be a surprise to see Carr receive a deal that makes him among the 10 highest-paid quarterbacks in the NFL. The issue here is that Carr could cash in even more if he were to play this out and put up another stellar performance in 2017.

As it relates to Mack, he’s already one of the top defensive players in the NFL. Even at 25 years old, the former top-five pick would likely demand a contract that would make him the highest-paid defender in the league.

Coming off two seasons in which he tallied a combined 26 sacks, Mack might be better off signing his long-term deal now. This, despite the fact that Oakland has a fifth-year option on his deal for the 2018 season.

With just under $50 million to spend, the Raiders are in a decent position when it comes to the cap. And while they will surely look to add more talent in free agency, these two players should be their primary focus in the offseason.