By Jesse Reed
Courtesy of USA Today: It will be interesting to see what the Raiders do with their cap room

The Oakland Raiders are starting to look downright scary after an impressive free agency spending spree. In combination with the recent happenings in Denver, it’s clear the Raiders are the team to beat in the AFC West.

After a couple of years in which general manager Reggie McKenzie was roundly criticized for NOT spending money in free agency while he built up the Raiders through the draft, he finally came out as a big spender this year.

If things work out, he’ll be one of the favorites to win the next NFL Executive of the Year award.

This wasn’t a team trying to “buy a championship.”

This was a team that seems to have honestly assessed its roster after a 7-9 season in 2015 was a shimmer of light after a long period of darkness in which strengths and weaknesses came into clarity.

A team blossoming with young talent on both sides of the ball, the Raiders have the quarterback of the future (on the cheap for now) in Derek Carr. He, along with veteran receiver Michael Crabtree, second-year man Amari Cooper, tight end Clive Walford and running back Latavius Murray, present a significant challenge for any defense.

The big thing missing last year on offense was a cohesive offensive line. Getting Donald Penn back to man the left tackle spot and bringing in the best offensive lineman on the market, Kelechi Osemele, to play next to him was a brilliant move. Price tag be damned. Protection for a young, developing quarterback is priceless. 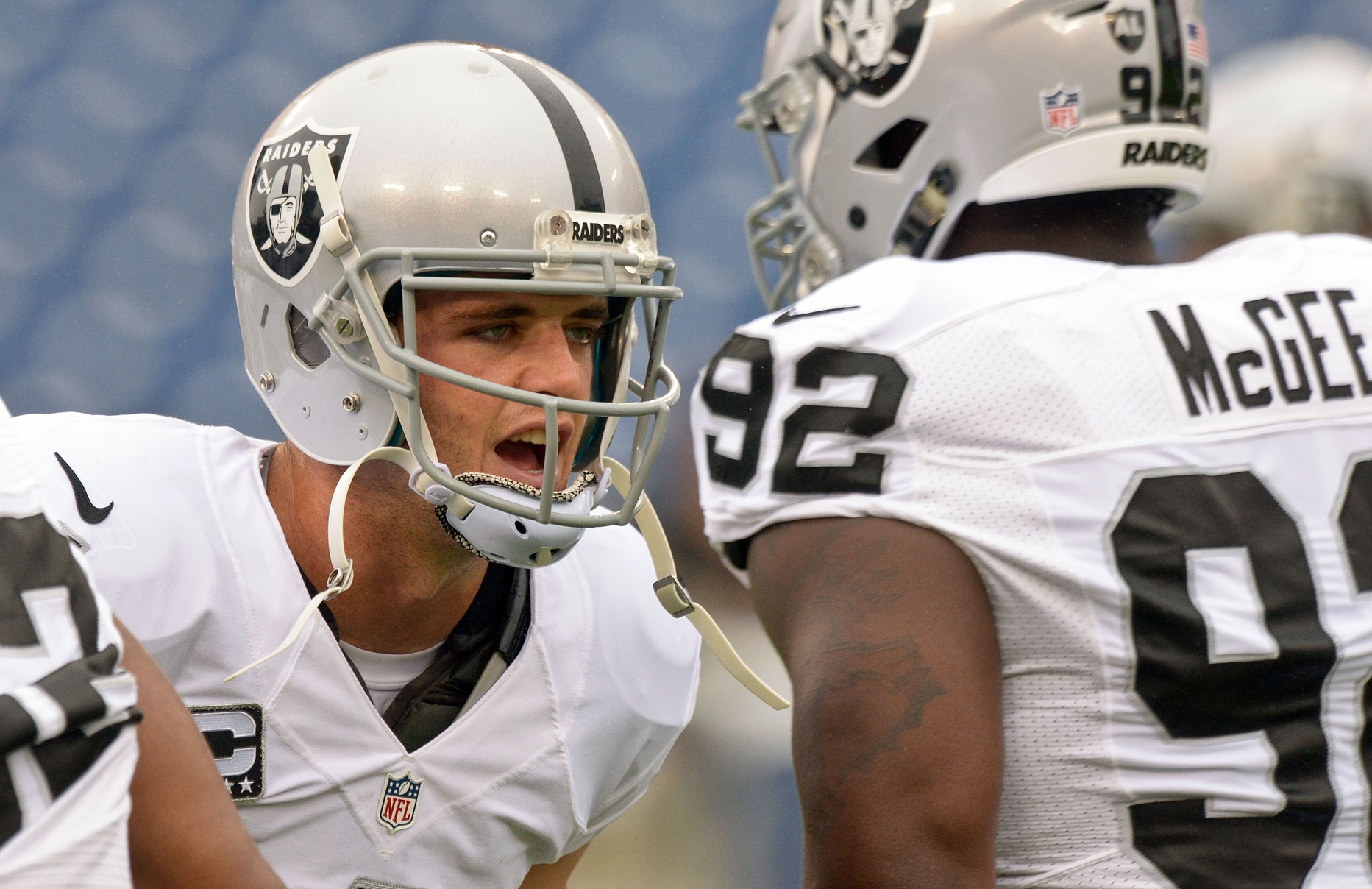 Expect McKenzie to continue adding to this offense via the draft. He’ll certainly select at least one more receiver and running back to provide depth and perhaps another spark. But as it stands already, Oakland’s offense is primed to blow up.

Defensively, pairing Khalil Mack — one of the most exciting and effective pass rushers in the league today — with Bruce Irvin gives the Raiders the ability to really open things up defensively. With Irvin’s athleticism, he’ll likely cover as much as he rushes the passer. This means Mack can finally be completely unleashed as a pure pass rusher.

On top of that, McKinzie lured one of the top free agent cornerbacks to Oakland to solidify the back end.

Sean Smith isn’t the best pure cover man in the league, but his bump-and-run specialization is a perfect fit for the Raiders, who will be applying gobs and gobs of pressure on opposing quarterbacks this upcoming season.

Is this a perfect roster?

Of course not. On top of that, no matter how many top players you bring in, injuries can absolutely ruin a team’s chances of competing. With that said, barring catastrophic attrition, Oakland now has enough talent on offense and defense to win against any team in the league.

There isn’t a team in the AFC West that can come close to matching the collection of talent assembled by McKenzie. Second-year head coach Jack Del Rio made it clear when he joined the club last year that he was bringing the swagger back to Oakland. He did that, for sure, as a rookie. 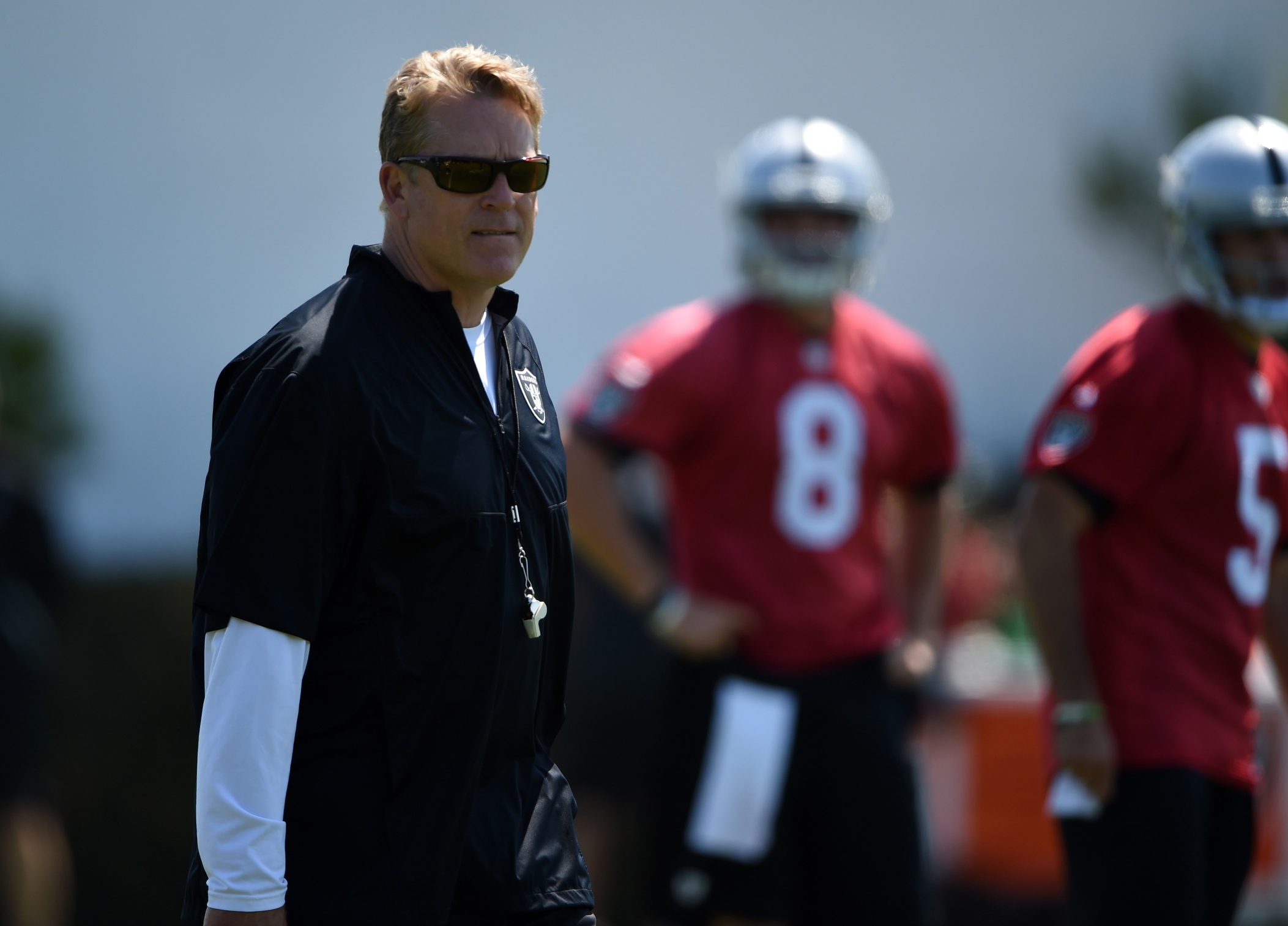 Now, finally, after two decades of sadness, the Raiders are back and stronger than ever, and clearly Del Rio is the man to lead this team into some championship contending seasons.

With Denver experiencing an exodus of talent this offseason, including the loss of both its quarterbacks, the Broncos will likely struggle to hit .500. The San Diego Chargers appear rudderless at this time under the leadership of general manager Tom Telesco and head coach Mike McCoy and cannot seriously be considered a threat.

The Kansas City Chiefs are likely the team that could throw a monkey wrench into the Raiders’ plans of winning the division. But between both franchises you’d have to give the edge to the Raiders at this time as an ascending franchise with a better quarterback.

The Raiders’ free agency plan this year was brilliant. The franchise had the cash to make significant moves after buiding a young roster capable of attracting interest as well.

It’s too early to say this team is ready to compete with the likes of the New England Patriots for the AFC Championship. But at this point the Raiders are the clear favorites to win the AFC West. With some momentum and a bit of luck, a deep run in the playoffs is also attainable.