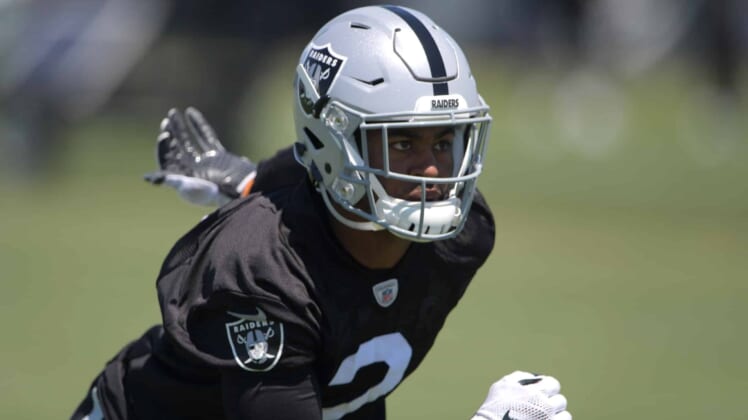 The Oakland Raiders haven’t gotten much out of their first-round pick this year, and now Gareon Conley’s season is over.

The former Ohio State cornerback had season-ending surgery on his shin Monday.

Jack Del Rio said surgery that Raiders CB Gareon Conley (shin) underwent today "gives us the best chance to have him at full strength next year.” Conley announced the procedure this morning.

The 2017 season has pretty much been a complete waste for Conley. He’s been able to suit up for just two games, tallying five tackles and one pass defended.

The Raiders had big issues in their secondary entering the 2017 season, which is why they invested a first-round pick in Conley, despite the fact he was dealing with sexual assault allegations during the draft. Ultimately he was cleared of the charges.

Unfortunately, health has been an issue all year, and now we’ll have to wait until the 2018 season to see if Conley will pan out.