Raiders Draft Pick Amik Robertson: “My Goal is to be Legendary” 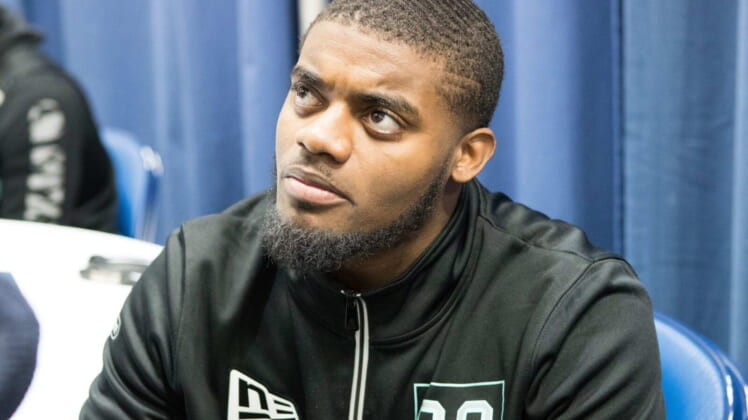 In an interview on our own Just Pod Baby podcast with Evan Groat, the fourth-round pick Amik Robertson says he’s excited to be a part of the Las Vegas Raiders and has a special message for Raider Nation.

Lousiana Tech’s Amik Robertson has been called the steal of the draft and in an interview on our Just Pod Baby podcast with Evan Groat, he said he’s humbled that Mike Mayock and Jon Gruden made him a part of a team as legendary as the Raiders.

Robertson was initially rated as a first to second round pick having had a great senior season for the Bulldogs but had surgery to repair a groin injury in Januray. Because of the injury question, missing the NFL Combine, and the fact all pro days were cancelled due to the coronavirus pandemic, all hurt his stock.

“A lot of teams probably thought I was still hurt because a couple of months ago I had surgery on my groin,” Robertson said. “And with the coronavirus, teams couldn’t come down and see me. But I’ve been released (cleared) from that surgery since before the combine.”

Robertson said he and his agent decided not to go to the combine because he didn’t have time to train properly for the annual NFL showcase. It was a move that might have hurt his draft position but the Raiders certainly benefited from it.

But what are the Raiders getting with the aggressive and hard-hitting cornerback?

“Gruden and Mayock said they wanted someone with that juice, that swagger,” Robertson said. “I’m ready to work and I’m ready to win, most importantly.”

It’s that confidence, determination and swagger which caught the attention of Gruden.

“I talked to the head man (Gruden) and I told him: you’re not making a mistake with this pick,” Robertson of his draft night phone call with the coach. “Y’all getting everything out of me.”

The affable Robertson added he is excited to play along side teammates like Jonathan Abram and Trayvon Mullen and has one other goal besides winning a Super Bowl.

“I want to be legendary, man,” Robertson said.

Yes, Amik Robertson’s got the juice.

Listen to the entire interview on the latest episode of Just Pod Baby with Evan Groat: